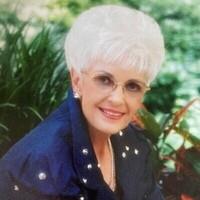 Elizabeth Ann Wright, 82 formerly of Dilley, passed away on July 4, 2020, in Schulenburg. She was born on October 16, 1937 in Houston to parents William Owen Shofner and Vaud Caver Shofner. She attended Steven F Austin High School, and was active in numerous clubs while there, including the Future Nurses Club. She graduated with honors in 1955, and continued her education at the University of Houston, earning a degree in Nursing in 1958, and later that year received her Texas State Board Certification. Specializing in Telemetry and Oncology, her career led her to numerous hospitals and private practices throughout South Texas. She was a member of the Texas Nurses Association for over 50 years.

As a member of the St. Joseph Catholic Church in Dilley, she served as the Steven Ministry Coordinator; Eucharistic Minister and belonged to the Christian Womens Club, Lions Club, Pearsall and Dilley Chamber of Commerce to name a few.

She was preceded in death by her parents.

Due to the issues and restrictions imposed by the COVID-19 pandemic, public visitation will be from 4:00pm until 6:00pm on Monday, July 13, 2020 with the Rosary at 6:00pm in the Chapel of the Hurley Funeral Home, Pearsall, TX. Mass and interment will be Private for family only. They appreciate your prayers and condolences. Following the Mass, burial will be in the Dilley Cemetery next to her mother. Due to the new Executive Order from Governor Abbott, we are asking that everyone wear a mask or facial covering during all services and at the cemetery.

Anyone wishing to leave condolences, share memories, or sign the guest book may do so on-line at www.HurleyFuneralHome.com. For those wishing to honor her memory through memorials, the family suggests they be sent to www.texasnurses.org/donation. The family selected the TPAPN fund for donations; or to the St. Joseph Catholic Church, P.O. Box N, Dilley, TX 78017. (830-965-2080)

Ann and I worked together for Nurses In Touch Community Hospice for a number of years. I visited her at her home several times during those years and delighted in her stories about some of her "heirlooms". Ann was a beautiful person inside and out. She was deeply religious and was full of God's joy as all people are who are close to God. She is now in the arms of the God Whom she loved with her whole being. I was blessed to have known her for all those years and am sorry that...

My condolences to the family n may she RIP,Ms.Wright was my late husband hospice nurse back in 2006 n he too passed away on 7/4/2006

So very sorry for your loss. Prayers for the family and friends.

May God bless you all with comfort, peace, and wonderful memories of a Godly woman who raised a beautiful family. The Moys and West family are sending their most sincere sympathy during this time of loss of your Mom in these uncertain times. May the everlasting perpetual light shine upon her. Amen

May God bless Ms. Wrights family during this difficult time of sorrow. This lady was one of a kind. I had the pleasure of working with her in Pearsall and we never had a dull moment with her around. She was beautiful inside and out . I will never forget her kindness . Rest with the angels Ms. Wright. ❤