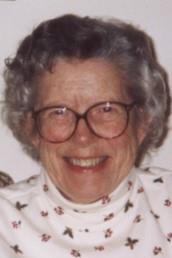 Not the right person? See All ›
LOCATION
Baltimore, Maryland

Anna Devin Graham, age 94, died peacefully on August 28, 2018, surrounded by her family and friends. Anna was born in 1924 in Oxford, North Carolina, the oldest of three children born to Augustus Washington Graham, Jr. and Mary Edmondson Webb Graham. She loved growing up in Oxford with her siblings and Webb cousins, where her father was Clerk of Court and her mother was an accomplished musician and civic leader. Anna graduated from Oxford High School in 1941 and received her BS in Physical Education from Woman's College of the University of North Carolina in 1945. She attended graduate school at the University of North Carolina in Chapel Hill, working on a degree in Dramatic Arts. During and after college, Anna was active in the performing arts as an actress, stage manager, and technical director with Woman's College Playlikers, Parkway Playhouse, Raleigh Little Theatre, and UNC Playmakers. She was on the faculty of St Mary's School and Junior College in Raleigh, North Carolina as a physical education teacher before relocating to Towson, Maryland in the 1950s. Anna continued her work in the performing arts as a member of the Comic Opera Company of Baltimore and worked as an Account Manager with Ceridian for over 20 years; retiring in 1995. In addition to the performing arts- music, travel, her church, and the Baltimore Orioles were several of Anna's greatest passions. She sang in choirs since childhood and was a longtime member of the choir at Trinity Episcopal Church in Towson. One of her favorite recent memories was singing the national anthem with that group at an Orioles baseball game. She traveled the world, including trips to Greece, England, and Scotland and loved experiencing other cultures. After retirement, Anna continued her passion for lifelong learning by taking classes at Towson University even into her 90's. She remained active in the community and regularly volunteered at the Trinity Episcopal Church Surprise Shop. She was a member of the Colonial Dames, the American Contract Bridge League, and a charter member of the National World War II Museum in honor of her brother's service. Anna never married but remained ever-present in family gatherings at the homes of her brother, Gus Graham in Delaware and sister, Mary Graham Lasley in Virginia, both of whom preceded her in death. She is survived by her brother-in-law, William Ward Lasley and seven nieces and nephews - Ann Graham of Newport News, VA, Mark Graham of Newtown Square, PA, Mary Graham Wright of Wilmington, DE, Susan Graham of Cary, NC, Rebecca Lasley of High Point, NC, William Lasley, Jr. of Woodbury, CT, and Ralph Lasley of Burlington, NC who so loved their Aunt Anna. Her dear friends in Towson and in her church were her family as well, particularly Cindy Patzkowsky whom she loved with all her heart. Those who knew Anna were blessed by her kindness, loyalty, generosity, quick sense of humor and inviting smile. She was independent, unafraid of the world, and never complained about life circumstances or hardships. Pickersgill, Tribute Home Care, and Gilchrist Hospice, her caregivers for the last chapter of her life, provided Anna with exceptionally kind and compassionate care and we are so grateful. Family and friends are invited to celebrate the life of Anna Graham at Trinity Episcopal Church, 120 Allegheny Avenue in Towson on Saturday, September 15, 2018 at 11:00am. Charitable contributions in Anna's memory may be made to Trinity Church, 120 Allegheny Avenue, Towson, MD 21204. Arrangements by the Ruck Towson Funeral Home, Inc.

While Anna will always be missed - seeing her smiling face in my email this morning was a balm to my spirit. Lovely photo of a lovely lady. I have fond memories of Anna from Osher and from the opera.

My condolences to Anna's family and friends. I had the pleasure of meeting Anna through the Osher Lifelong Learning Institute at Towson University. She was a lovely person and served many hours as a volunteer for the institute. She is missed.

My sincere condolences to the family of Ms Graham. She will be dearly missed. May God comfort your hearts each day during this most difficult time. Ps 94:19

To the family of Anna Devin Graham I would like to express my condolence to you may the God of comfort bring comfort to you with his right arm extended to you Isa.41:10

My sincere condolences to the family of Ms Graham. She will be dearly missed. May God comfort your hearts each day during this most difficult time. Ps 94:19

Never miss an update about Anna. Sign up today.