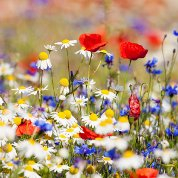 Not the right person? See All ›
LOCATION
Halifax, West Yorkshire

I worked at FKI,until 1981. I was originally Secretary to the 3 directors, Tony, Mike Dawson, and Fred Berry.
I lost touch with FKI, as I eventually moved to work in York, then Scotland. In 1999 I moved to France where I still live, having taken French nationality.
My condolences to the family.

i miss you and love you forever x

With tears in my eyes, I'm proud to say that for almost 50 years, Tony and I were friends. I'll miss your wisdom and humour buddy.

Words cannot express how much I will truly miss you Tony. Not only were you my boss, you were my friend, and I hold you dear in my heart, along with Anne.
Sending all my love to you Tony, and say hello to Anne for me. Susan xxxxxxxxxxxxxx

Never miss an update about Anthony. Sign up today.