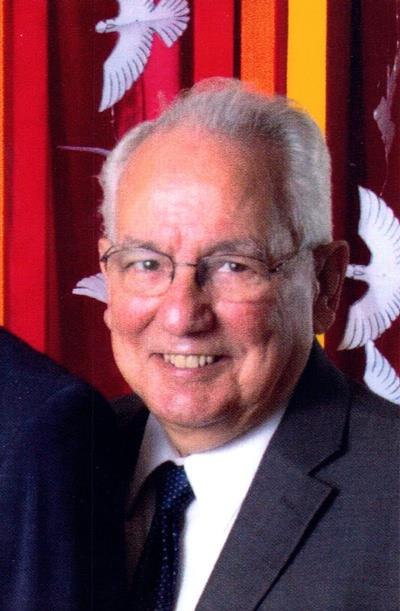 He was born on January 5, 1941, in Laredo, Texas to Vidal Venancio Cantu and Esperanza Lozano de Cantu, and was one of four children.

Antonio graduated from Martin High School in 1958.  He attended the University of Texas at Austin where he earned a Bachelor of Science degree in 1963 and a PhD in chemical physics in 1967.  Following graduation, Antonio worked in Mexico and Canada before moving to Virginia to begin an impressive career that would span over 50 years, proudly serving his country in several areas of science and technology in law enforcement, particularly forensic science.  He worked as a Forensic Scientist for the Bureau of Alcohol, Tobacco, Firearms and Explosives (ATF), Federal Bureau of Investigation (FBI), Central Intelligence Agency (CIA) and served as Chief Scientist for the Forensic Service Division of U.S. Secret Service (USSS) until he retired in 2007.  At the time of his death, Antonio was residing in Laredo and continued to consult for the U.S. Government.

Dr. Cantu’s expertise included the chemistry of documents and fingerprints.  In 1981, he became the first recipient of the Forensic Scientist of the Year Award from the Mid-Atlantic Association of Forensic Scientists.  He participated in the development of the International Library of Inks and authored a collection of articles for various prestigious international journals and publications.  He also led countless lectures and seminars at universities across the United States, Europe and South America.  With a relentless commitment to education, love of knowledge and passion for his craft, Antonio touched, inspired and empowered everyone who knew him.

Antonio was devout Catholic, fully dedicated to the parishes of which he was a member.  He was a humble, loving, generous person with a keen and infectious sense of humor.  He loved music, particularly classical piano, and enjoyed traveling the world.  Antonio had a profound appreciation for the arts and culture, and the ability to communicate the meaning and beauty he found there to those around him.  Anyone who knew him would tell you that he had an uncanny ability to reach people in a deep and positive way.  He will be greatly missed!

He was preceded in death by his parents, Vidal Venancio Cantu and Esperanza Lozano de Cantu.

Funeral services are pending as of this time.  For more information, please contact the funeral home at 956.722.8850

Tony was such a significant figure in my life. I met him while I was a graduate student at George Washington University. He gave me the opportunity to work in his lab as a research intern in 1997. I think that every role I had as a forensic scientist was, in some ways, tied to that internship. Tony was generous with his time and enthusiasm, and I counted him as a dear friend. My condolences to the Cantu family.

I recently retired after 3 decades with DEA. Tony was one of the 3 people I noted at my dinner as an example of a consummate government professional, a gentleman, a mentor, versant in many different topics, endlessly positive in every venue and situation. An amazing man.

It has been difficult to take stock of the recent loss of my mentor and my dear friend, Tony Cantu. I first met Tony as an intern in 1992 and I was privileged to work with him at the U.S. Secret Service up until his official retirement in 2007 and thereafter when he was a contractor/consultant with my agency. I was privileged to be able to work with him at the Secret Service for nearly a quarter of a century. He was more than a mentor and friend to me I considered him a member of my...

My memories of Toni are fond ones, and I should like to thank him for his friendliness and cooperation, while sharing in the grief of his family.

May God bless you and your family in this time of sorrow. Amira

Experts in Forensics science
He will be missed

I first met Tony circa 1974 in a basement ATF Lab near the Old Post Office Building in Washington, DC. I was a student latent print examiner from a small Tennessee police department, but Tony treated me like a visiting professor. During the four decades since that introductory meeting, I repeatedly encountered Tonys fingerprints on forensic science research initiatives worldwide. At the National Police Agency in Tokyo, I heard his name often. In Jerusalem, I listened to stories of Tonys...

I first met Tony in 1999 as a new chemist at the U.S. Secret Service lab in D.C. Tony always gave of his time to mentor me, not only research ideas, but in life as well. Exchanging ideas on a dry erase board in his office on Friday afternoons, with the ever present sound of classical piano softly playing in the background. A small thermos of cold coffee that he sipped on all day long. His love of faith, classical music and general scientific curiosity was infectious. One of my cherished...

Never miss an update about Antonio. Sign up today.