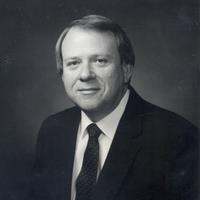 Artie Wendell Burnett, 78 of Brazoria, TX passed away Monday, September 28, 2020 at Methodist Hospital in Katy, TX. He leaves to honor his memory his wife of 56 years, Judith Lemoine Burnett and his sons, Mark W. Burnett of Katy, TX and Jason R. Burnett of Brazoria, TX, many in-laws, nieces, nephews and cousins.

He was preceded in death by his parents, Hoy and Iris Burnett, brother Wayne Burnett all of Lake Charles.

Mr. Burnett’s banking career, spanning 42 years, began in Lake Charles where he was employed by Gulf National Bank and First National Bank. In 1979 he moved his family to Texas to continue his banking career. In 1982 he became Chairman & CEO of Lewisville National Bank in Lewisville, TX and later became Chief Credit Officer of Bank One, Dallas, TX.  In 1990, he moved his family to Houston to help the startup of Compass Bank Houston in a number of executive positions. He retired in 2005 as Executive V.P. and National manager of Compass Bancshares.

Artie was born January 14, 1942 in Lake Charles and graduated from Lake Charles High School in 1960.  He attended McNeese and LSU. After starting his banking career, he was a graduate of LSU School of Marketing and of Total Performance Management School, National Compliance School and C&S School of Commercial Lending, Atlanta. He taught a number of banking classes for American Institute of Banking and D&B Commercial Lending School.

He was a great family man and provider who was always active in coaching and attending his son’s youth baseball, football and basketball sporting events in Lake Charles and Texas.

The family would like to thank many of his Doctors and nurses who cared for him over the months at MD Anderson, Methodist Hospital and Spanish Meadows Nursing Home in Houston and Katy for their outstanding compassion and care in this difficult time.

Arti was a friend in high school and I really enjoyed seeing him at our get togethers in LCHS reunions.

I will forever cherish the memories of working with/for Artie at J's along with Judy and J. His humor and wit were quick and I thoroughly enjoyed all of our back and forths. He was a wonderful boss, and I send all my love and thoughts to his family during this difficult time.

I have so many wonderful memories with Artie, Judy and J! Thank you all for sharing him with us here in Needville, yall have been greatly missed by all here!

Never miss an update about Artie. Sign up today.