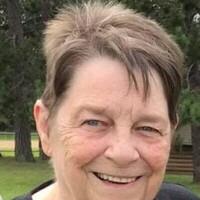 Barbara Annette (Biermeier) Bengtson was born July 4, 1937 in St. Paul, MN to Joseph and Gunda (Hanson) Biermeier. She was married to Major ‘Jack’ Dudley in 1955. Together they were blessed with six children. Their marriage was dissolved in 1963.

On November 13, 1970, Barbara was united in marriage to Loyd Bengtson in Hallock, MN. They were blessed with one child. The family remained in the Twin Cities area until moving to Lake Bronson, MN in 1974. Barb resided in Lake Bronson until Loyd passed away in 2002. She moved back to the Twin Cities until 2020. She was employed in manufacturing, retail, waitressing, and was a manager of the American Legion in Lake Bronson.

Barb received her GED at the age of 68, a very proud moment for her. She then moved to Thief River Falls for one year and was in the transition of moving to Nevis, MN at the time of her death. Barb enjoyed playing any type of games with her family. She spent many hours reading and solving puzzles. She loved spending her time crocheting, knitting, sewing and embroidering for her children and grandchildren. Barb also enjoyed playing bingo and shooting pool.

Barbara passed away on July 26, 2021 in Rochester, MN at St. Mary’s Hospital at the age of 84. She will be dearly missed by everyone who knew her.  She is preceded in death by his parents: Joseph & Gunda; brothers: Ron, Jim, and Bob Biermeier; sister Shirley Martin; husband Loyd Bengtson; and granddaughter Katie Lynn Dudley.

A Celebration of Life Picnic will be held after the burial service. In lieu of flowers please make donations to Dudley Memorial Cemetery, c/o Donna Carter, 18223 219th Ave, Nevis, MN  56467.

sorry about barbs passing.she loved her family and was a person with strong faith.rest in peace.