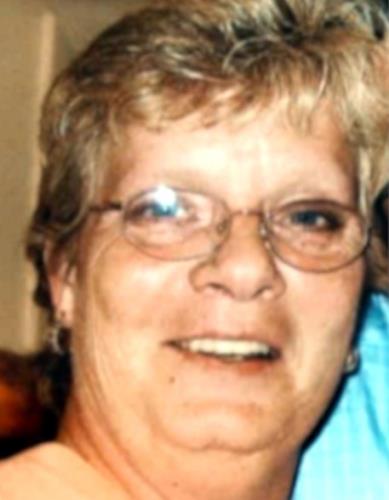 Mystic - Barbara Anne Cole, 67, of Mystic, Thursday Feb. 6, 2020, surrounded by her loving family passed into eternal life following a long illness. Barbara was born in Fostoria, Ohio July 7, 1952, to Norman and Joan Dull. She spent her childhood in many locations due to her father's Naval Service, until the family settled permanently in Groton.

Barbara was a 1971 graduate of Robert E. Fitch Senior High School and went on to attend Thames Valley State Technical College, earning her associate's degree in nursing in 1973. Barbara began her nursing career working as an Licensed Practical Nurse (LPN) at Lawrence and Memorial Hospital in 1973, where she met a young pharmacy student named Larry working on his externship. The two became fast friends and their relationship soon evolved into what would become a 45-year marriage. Barbara and Larry married June 1, 1974, and began their lives together. Their first daughter, Courtney Lynne, was born in 1975, followed in 1977, by daughter, Lauren Marie, and much later, another daughter, Katie Majella in 1992. In 1997, the family was blessed with a son, Caleb Lawrence. Barbara's beautiful and only grand-daughter, Jerrica Anne, was born in 1994.

Aside from her nursing job at Lawrence and Memorial, she also was employed at the Groton Regency and Fairview nursing homes. As in her jobs, Barbara was ever the caregiver. She could always be counted upon when others were in need. Her beauty was surpassed only by her compassion. Barbara also was very much a homebody and her interests lay primarily within her home. She enjoyed cooking, crafting, reading and mostly, taking care of her family.

Barbara was predeceased by both of her parents; and her precious, youngest daughter, Katie Majella. She is survived by her loving husband, Lawrence Cole of Mystic; daughters, Courtney Cole of Groton and Lauren and her fiance, Donald Dziok, of Ledyard; son Caleb Cole of Mystic; and granddaughter Jerrica Cole of Norwich. Barbara also leaves behind her brothers: Duane "Skip" Dull and his wife, Lisa of New York, Franklin "Gene" Dull and his wife Diane of Arizona and Miles Dull and his wife Holly of Groton. Barbara also had found a lifelong friend and sister in Susan Monroe of Groton. She had many adored nieces and nephews, all of whom "Aunt Baba" loved dearly.

The family will receive loved ones and friends in Barbara's honor from 6 to 8 p.m. Thursday, Feb. 13, at the Mystic Funeral Home located on Route 1 in Mystic. Funeral services will be private as per the request of the family.

So sorry. Mama cole was such a sweet soul. Yall are always in my prayers ❤

My deepest sympathy to all of you. Barbara was a special person and nurse I had the privilege to work with for many years at L&M back in the 80's. Blessings to you all.

Dear Larry and family,
Sending my condolences to you and your family. Barabara was special. I have good memories working with her as nurses at L&M.
Stephanie Hlastava

Sending my condolences to you and your loved ones.
With Sincere Sympathy,
Vicki

My sympathy to the Cole family. Barb was a one of gods greatest creations. We were close when our children were young. She was selfless and helped me through difficult times. She never judged but was a pure example of a person who was filled with gods love. I will miss you my friend. Thank you for being my friend.

So sorry to hear of your loss, Larry. Our prayers go out to your family. Paul and Kathy Umland

So very sorry for your loss Larry. May you & your family find comfort in your memories. RIP Barbara.

Please accept my deepest sympathies. It was my honor to have known Barb, Larry, Katie, and family; wonderful people all.