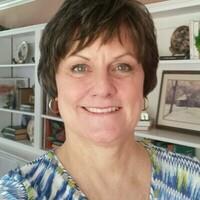 Mrs. Cooper was born in Cedartown, GA on May 11, 1960, daughter of the late Herman and Sara Clark Brown.   She was a 1978 graduate of Cedartown High School and she graduated from Jacksonville State University where she earned her bachelor’s degree in Social Work.   Mrs. Cooper served families for 31 years while employed by the Georgia Department of Family and Children Services.   She worked in Augusta, Gainesville, and Rome where she retired in 2014 as Director of the Floyd County office.    Mrs. Cooper served on the Rome/Floyd Commission on Children and Youth and she served on the Board of Directors of the Murphy-Harpst Children’s Centers in Cedartown.  She was also a volunteer at the Tony Warren Cancer Center in Rome for several years.  Mrs. Cooper was a member of First Baptist Church of Rome.

She is survived by her loving husband, Dr. Gayland Cooper; a sister, Laura Brown Kelley (Doyle), Cedartown; and several nieces and nephews.

In accordance with her wishes, Mrs. Cooper was cremated and her remains will be interred in Greenwood Cemetery in Cedartown.   All services will be private.

Henderson and Sons Funeral Home, South Chapel, has charge of the arrangements.

I'm at a loss for words. You were an awesome Supervisor and taught me a lot about social services. I'm truly going to miss you. My condolences to the family and friends that loved you so much.

Barbara was a sweet lady. But we know she is in peace now. Of course we are the ones grieving . I love you Laura and Doyle and I pray that God comforts y’all and give you peace as only he can. I’m a call away Laura it’s difficult losing a sister. I still have days when I wonder did I tell Pam I loved her enough. Did I show her love!
I am sorry for Barbara’s sweet family . I love y’all snd I will continue to pray

I met Barbara on a trip to Alaska. Though we only knew each other a few days, we became Facebook friends where we kept current with happenings in each other's lives. For reasons I can't explain, Barbara touched me in a way that has never happened before...and may never happen again. I found myself thinking of her frequently, admiring her strength, faith and obvious goodness. She was a good woman....no a great woman ... and I feel truly blessed that our paths crossed. Rest in peace,...

Barbara was a beautiful person and a wonderful friend. She will be missed by do many. My heart goes out to her family and friends.

I’m so sorry to hear about the loss of Barbara. She was beautiful, kind and funny soul. She will be missed about many. Wishing you peace. Cathy Dohrmann.

A beautiful soul is at rest. It was a great blessing to have met Barbara in this life. God be with this family.

Gayland, Laura, Doyle and family, We were so sorry to learn of Barbara’s passing. I am sure your loss is more difficult than we can imagine. As I wrote when Sara passed, I only have fond memories of Barbara, Laura, David and I playing together when we visited Nannie Brown. As time has passed, we have not remained in touch as often as we would have liked however, I will cherish the memories in my heart forever. Know that we send our prayers and love your way during this time. Laura, as you...

She was a special person and will be missed dearly. She was a true warrior.