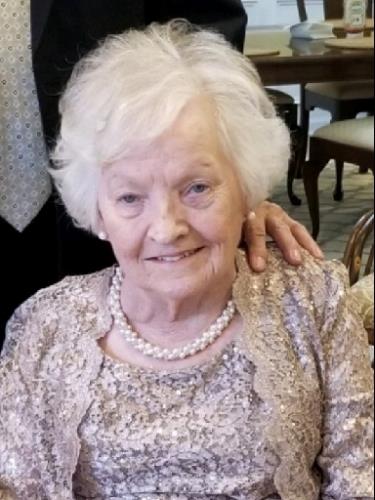 Not the right person? See All ›
LOCATION
Huntsville, Alabama

Barbara Jean Brown Johnston, of Huntsville, passed away at her home on December 7, 2019, after a long illness. Barbara, 13 days short of her 81st birthday, was an excellent mother, cook and homemaker. With her family she made homes in Huntsville, Atlanta, Houston, San Antonio, St Charles, MO, and Chicago returning to Huntsville in 1983. Barbara was a member of First Baptist Church Huntsville, of recent years, having joined that church first in 1958. She was a celebrated cook winning contests in Huntsville, Houston and St. Charles, MO. Active in crafts until the last few years she gave most of her items to friends over the country. Barbara is survived by her husband of 61 years, T. D. "Johnny" Johnston; son, Rick Johnston (Signe) of Huntsville; daughters, Martee Johnston Harris (Tim), of Old Hickory, Tennessee, Rebecca Johnston Marshall (Chris) of Old Hickory, Tennessee; five grandsons, Robert Johnston of Huntsville, Tyler Harris (Caiti), Jordan Harris, of Nashville, Tennessee, Ryan Marshall of Smyrna, Tennessee, and Matthew Marshall of Old Hickory Tennessee; one great grandson, Sean Johnston of Huntsville; two sisters, Diane Brown Stout of Houston, Texas, and Laura Beth Brown of Nashville. Barbara was born in a log cabin on the family farm in Baker's Crossroads, Tennessee, along with a twin sister, Willene, who died of an accident at a few months old. The farm and the house are still in the Brown Family. Her parents were Tomie and Edith Brown of Knoxville, Tennessee. Services for Barbara Johnston will be provided by Berryhill Funeral Home. Visitation will be held on Wednesday, December 11th from 9:30 - 11:00 a.m. followed by service at 11:00 with Travis Collins officiating. Burial will be at Maple Hill Cemetery.

RIP my dear friend. Your pain and suffering are over. Fly with the Angels.