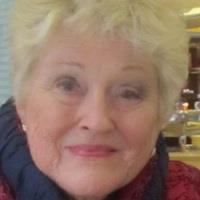 Born in Granite Quarry, NC, she was the daughter of the late William S. and Sarah G. (Kelly) Smith.

She began her career as a Medical Record Librarian at the Walter Reed Army Medical Center, then Associate Director of Medical Records and Outpatient Registration at D.C. General Hospital.  Following that, she moved to Franklin Square Hospital, Maryland, where she was Director of Medical Records, Outpatient Registration, and Administrator of the Family Practice Center.  Later, she was self-employed operating Health Quest, Inc. (later known as April, Inc.), in Baltimore, MD, and Georgetown Electric, Ltd, in Wilmington, DE.

Ms. Lee was of the Methodist faith.  An avid gardener, she was a member of both the Tidewater Camellia Club and the New River Garden Club while residing in North Carolina, and later the Pennsylvania Horticultural Society.  An antiques enthusiast, she also enjoyed reading and painting, and she was especially fond of Siamese cats.

The daughter of a Methodist minister, Barbara moved with her family throughout North Carolina: to Andrews, Lincolnton, Cornelius, Trinity, Boger City, and Archdale, before heading to college in High Point. The family also operated Lagoalinda, a boarding house at Lake Junaluska, NC.   In her career, she was  an early adopter of using computers to store medical records. Those who knew her described her as smart, resourceful,  thoughtful, gracious, and vibrant. She enjoyed cultivating the plants, flowers, and trees on her property and mothering cats, dogs, turtles, ducks, birds, fish, and other creatures. She enjoyed cooking and assembled a comprehensive family cookbook to preserve recipes from the south and from her travels. She was a vocal proponent of organ donation and transplant. She was generous with her time and talents.  She loved, was loved by, and will be missed dearly by her family and friends.

She is survived by a daughter, Claudia Malone and her husband Daniel, of Sellersville, PA; a daughter-in-law, Sandra Miller Lee, of Yardley, PA; four grandchildren, Constance and Judith Malone, and Alden and Alexander Lee; a brother, Ellwood K. Smith and his wife Linda, of Brownsburg, IN; two sisters, Sarah Stanhope and her husband Harry, of Leland, NC, and Phyllis Boykin and her husband Buzzy, of King George, VA; and nine nieces and nephews.  She was preceded in death by her son, David Lee, in May 2013.

Services will be held privately at the convenience of the family.