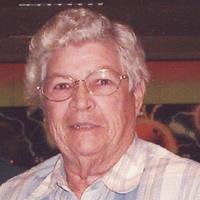 Before retiring, Barb worked as a contractor with her husband, Bill, who passed away on October 3, 1999. Together they built many homes in the DeKalb area. Barb was an avid bowler who traveled the United States to participate in many regional, state, and national tournaments throughout her life. She bowled in the US Team Trials and was the first woman to be inducted into the Kishwaukee Women's Bowling Association's Hall of Fame. She was also the first woman in the Kishwaukee Bowling Association to bowl a 700 series. Barb continued to go bowling until this summer and enjoyed spending her free time at home bird watching with her cat Sweetie. Barb's no-nonsense approach to life will be deeply missed.

Barb is survived by her brother Robert White, her brother-in-law Richard (Bonnie) Lynch, and her sisters-in-law: Ann White, Linda Lynch, and Deanna Lynch. She is also survived by her sons Dale (Cindy) and David Lynch, her daughter-in-law Barbara E. Lynch, as well as her grandchildren, great-grandchildren, and great-great grandchild: Kory (Nicole) Lynch and their daughter Lilah; Karlee (Ryan) Manous and their children: James, Lodus, and Wylee; Sara (Juan) Sangabriel and their children: Eva, Van, and Amy (Bradley) Catenzaro and their son Brayden; Erin Lynch; and Lisa Lynch.

Barb was preceded in death by her parents, her husband, her granddaughter Rachel, her son Van, her daughter-in-law Nancy, her sister Emma, her brothers: Lawrence, Burton, and Fredrick, her nephews: Jerry Larsen, James Lynch , Allen Gullickson and Jon Moeller as well as many in-laws.

A celebration of life for Barb will be held on Saturday, September 5th at Four Seasons Bowling Center, 1745 DeKalb Ave. in Sycamore from 1-4 pm. Feel free to come in and bowl a game in her memory. Social distancing will be practiced and masks are required.

My condolences to the entire Lynch family and personally to Dale and David. Barb was a beautiful soul. So many fond memories of the Lynch/Terry family interactions. The WIBC picture posted by Carolyn has brought back many fond memories of how the bowling community was such a significant part of our lives. Welcome Lanes. I'll never forget the day playing pool in the Lynch basement in Malta with Van (rest his soul), Dale and David. The radio was blaring the Chi-Lite song "Have you...

I will remember all the many Women's International Bowling Congress tournaments we bowled in across the United States.

I knew her by reputation many years as a bowler at Mardi Gras during our City Tournaments!! Her name was big on the board but the lady she was was bigger in life!! She was the bowler you really looked up to and when she talked to you, you just were so honored! She was like a hero to those of us who love bowling and to watch her was so fun!! She would pass by us on the Wednesday AM league and stop and talk just for a short time but we still knew she was the best!! We have lost a legend in the...

Aunt Barb will be missed by all of us who loved her. David, Dale and families I am so sorry I can not be there with you as you gather to remember and celebrate your Mom's amazing life. She was a very special strong person with heart of gold. Jeff and I are sending prayers and love to all.

My heart goes out to the Lynch family. I knew Barb from years of bowling... such a wonderful woman!!