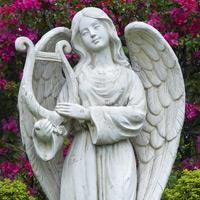 Barbara Jean Koonts Miller, 83, went home today, April 9th, 2021 to be with her Lord and Savior as well as her best friend and husband, Robert Palmer Miller, Jr. who preceded her in death.

Barbara was an avid bowler and won many awards and trophies over the years. She bowled up into her 80s and taught all her children and grandchildren to bowl. She enjoyed tending her yard and flowers into her 80s as well. When her daughters were young, she was active in the Girls Scouts serving as a Girl Scout leader. When her grandchildren were young, she was an avid gamer particularly at Nintendo and many of them followed suit.  She was a member of Trinity United Methodist Church where she taught Sunday School when her children were young and later served on the Worship Committee serving Communion. She ran a nursery school for a few years near her home. She was a Dale Earnhardt fan and followed Nascar for years. She had a mild obsession with TY Beanie Babies and Hallmark Ornaments. One oddity for sure was her love of water skiing though she could not swim. She was also a big fan of dessert and ice cream.

In fulfillment of her wishes, her body has been donated to the Wake Forest School of Medicine. Her cremains will be interred with her late husband at the Salisbury National Cemetery upon their return. Our hope is to hold a small private family memorial at that time.

We request that everyone that knew her enjoy a favorite dessert or plant a flower in celebration of her life. Monetary donations may be made to Trinity United Methodist Church, 902 South Main Street, Lexington, NC 27292.

While I never had the pleasure of knowing Mrs. Miller, I feel like I knew all of you in working with Eddie for a number of years. What I do know is that she loved and was loved fiercely and in knowing her son, I know that she most certainly had to be a wonderful person, mother, grandmother, friend, etc. Apples and trees..... May the love and support of friends and family along with God's grace give you peace and comfort and may the memories sustain until you meet again. Prayers and love.

I’m so sorry for your loss. Praying you all will feel God’s amazing peace and presence.

My sassy unique one of a kind Aunt Bobbie, the world will not be the same without your "love yous" the sunrise will always remind me of your love for Jehovah's creation and beauty. You are already missed. I hold my cousins close to my heart in thoughts and prayers. I will see you soon Aunt Bobbie

In loving memory of a wonderful person, who was a treasured schoolmate from long ago, and a great bowling friend.

I am so sorry to hear about your sweet mom, but she raised wonderful children. My heart is sad for you all, but I suspect she is happy and watching over you all. Much love, from The Danze Family

Prayers are with your family at this difficult time.

Sorry about your loss, Eddie, Susan, Tina and Phyllis! i LOVE your tribute suggestion of enjoying dessert or planting something. Much love from the Citta family!