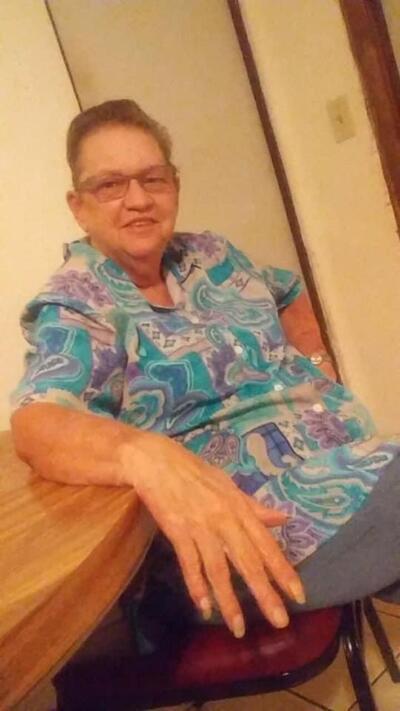 Barbara Joe Robertson passed away on Tuesday September 14, 2021, in Claypool Arizona. She was taken care of by her sister, Debbie Osteros, family and Thema Health Care of Globe. Want to thank Ginnie, Deanna (her niece), Kylie, and the rest of the staff for excellent care over the past two years.

She was born on August 8th, 1947 in Globe, Arizona to Edwin J. Bearup and Lucile (Ford) Bearup. She was preceded in death by her husband Levi Neally Robertson and both parents.

She is survived by her son Shane (Alexis) Bearup of San Tan, Arizona and daughter Jessica (Daniel) Martin of Superior, Arizona. There are 8 surviving grandchildren and 2 great grandchildren. She is survived by two sisters, Debbie (Dan) Osteros of Claypool, Arizona and Sharron (Gail) Reidhead of Taylor, Arizona. There are three surviving step children. They are Shelia (Damon) Richardson of Globe, Johnnie (Shelia) Robertson of Fruita, Colorado and Lonnie (Wendy) Robertson of Corales, New Mexico. There are numerous nephews, nieces and cousin in Arizona.

Barbara spent most of her life in the Globe Miami area. She worked as a hairdresser for Willy's Beauty Hut for several years, was a member of the Globe Emblem Club (Elks) and the FOP. Growing up in the 1960's the family moved with the electrical construction that her father performed in Arizona and Nevada. She was a member of the Church of Jesus Christ of Latter-day Saints.

Services will be private, family only due to the Covid-19 virus.

Condolences to the family. Barbara was a wonderful lady and friend.

Aunt Barbara I know you are happy pain free and with uncle Levi and the rest of your loved ones. You made my uncle happy and he loved you very much. Prayers for the loved ones left behind.

From the Staff of Lamont Mortuary