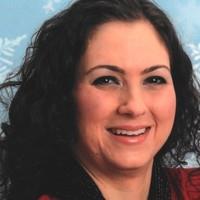 She was born June 17, 1984 (Father’s Day that year) in Temple, Texas to parents John William Tompkins and Sandra J. (Sandy Orr) Tompkins. She grew up in Lampasas and attended Lampasas Public Schools all 12 years. Becky was a very bright, athletic girl who competed at the highest levels of her ability. She played soccer in high school and later on club teams in Austin and Killeen. She was a member of the National Honor Society in both Junior High and High School. She won many honors in high school while playing soccer. She was in top 10% of her class and was on yearbook staff. She graduated in 2006 from University of Mary Hardin Baylor Cum Laude with a degree in Psychology and minor in English. While at UMHB she was a member in these Fraternities; Sigma Tau Delta, Psi Chi, Alpha Chi, Gamma Beta Phi. After graduation Becky also studied at Christ for the Nations in Dallas. She was also a member of Aglow Christian Organization and Compass Ministries in Killeen.

She is survived by her husband, Shawn Gray of Marble Falls

Becky was preceded in death by her grandparents; John and Mable Orr and Gertrude and John Tompkins.

Funeral service will be Saturday December 28, 2019 at 10:00 a.m. at First Baptist   Church in Burnet, Texas. Burial will follow in Shady Grove Cemetery. Visitation will be Friday evening from 5:00 to 7:00 p.m. at Sneed Funeral Chapel.

Memorials may be sent to the charity of your choice.

Sandy & John,
My heart is broken. I just found out today about your sweet girl. Please know that I am keeping you all in my prayers and that I am sure there are no words to ease the pain. I am praying for peace and comfort for all of you.

Becky was such a sweet and caring person. I have many great memories playing years of soccer with her at Lampasas High. Prayers for the Gray family and Mr. and Mrs. T.

Rebecca was a sweet and loving person. Always had a smile on her face. May you R.I.P

Sandy and John-- So sorry and saddened to hear about the loss of your beautiful daughter. Prayers for strength for you both.

Gray and Tompkins family we are so sorry for your loss. Yall will be remembered in our prayers.

My sincere condolences to all the family. God Bless you all, prayers for the family and friends.

Sandy and John, I am so sorry for your loss. My prayers are with you and your family.

You will truly be missed my friend. You always made people smile.

Never miss an update about Becky. Sign up today.