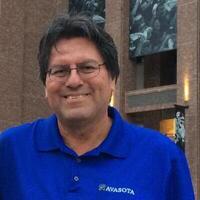 Benjamin “Ben” Rodriguez, 65, of Navasota passed away on Monday, February 22, 2021 with his loving wife Ofelia Rodriguez by his side at CHI St. Joseph College Station Medical Center.

Born to Simona Mata and Estanislado Rodriguez on Thursday, November 3, 1955, Ben grew up in Brownsville, Texas before moving to the Grimes County area with his mother and stepfather Thomas Cardenas. Ben graduated from Anderson High School in 1975 and began working at Interstate Southwest (now Elwood Texas Forge Navasota). Ben remained with the company for 45 years until his retirement in 2020. In 2009, Ben earned an Associates Degree in Information Technology Networking from the University of Phoenix.

In his spare time, Ben loved sports. In the fall, it was Rattler football on Friday evenings, the Longhorns on Saturdays, and the Cowboys on Sundays. Ben also loved high school basketball, and his daughter Serena remembers regularly going to Rattler basketball games as a kid. Ben valiantly saved her Cabbage Patch doll from under the bleachers once. Ben traveled to Austin (and later San Antonio) to watch the UIL Basketball State Championship for nearly 40 years, first with his brother Andy and later with wife Ofelia. If you asked about it, he’d tell you that he saw Shaquille O’Neil play there, and he could tell you details from the game.

When it was nice out, early weekend mornings were often spent on the golf course with his family or with friends. No matter how well or how poorly he was doing, Ben was a master at banter on the golf course. He taught his son to play, and eventually Casey regularly beat his dad and taught him a thing or two on the course. Ben even caddied for Casey during a major junior golf tournament and was fired only once during his several commendable years on the job.

Ben was a master banterer off the course as well. He was witty, quick, and always looking for ways to incorporate references to Seinfeld or quotes such as “don’t you go falling in love with it” from National Lampoon’s Christmas Vacation into casual conversations. His sense of humor was on full display Christmas 2020 as he joked and laughed with Ofelia, his kids, and his grandkids. Ben’s unique sense of humor and brand of sarcasm lives on in all of them.

Ben loved his family. His annual trip to the basketball tournament with his brother Andy was a highlight for him, and he had regular dinners with brother Joe and sister-in-law Connie. No phone call with his family ended without an “I love you.”

Ben’s family would like to express their immense gratitude to the nurses and doctors that cared for him at CHI St. Joseph’s Hospital in College Station and MD Anderson Cancer Center in Houston. They also thank all of his friends for their continued support and kindness.

Ben was my best friend growing up on Allen Farm. He made my childhood very memorable. He was also my best man at my wedding in 1975. I have thought of him often over the years and so sorry to hear of his passing.

I went to school with ben. We played the game of chess and he loved sports. Peace be with your family and friends

Uncle Ben, you will be dearly missed but never forgotten!❤ You always gave the best hugs. I love you very much, MaryAnn.

Never miss an update about Benjamin "Ben". Sign up today.