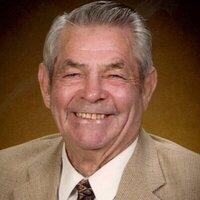 Graveside services for Bernard R. Scruggs, 88, of Tyler, will be held on Friday, October 15, 2021, at 10:00 a.m. at Tyler Memorial Park Cemetery with Rev. Karen Jones officiating.

Services are under the direction of Jackson's Burks Walker Tippit Funeral Home.

Bernie married Betty Coker Scruggs on March 25, 1960 and was self-employed until his retirement.

Bernie was preceded in death by his parents, his brother, Robert Olen, and five sisters, Louvilla, Mary, Burmah, Charlcye, and Elizabeth (Beth).

I knew Bernie from living down 850 highway and used to go and eat "wangs" as Jerry moss would call them and just had a good time in Bern's garage. Good times then.

Betty, I am so sorry to hear your loss. Love you and will be praying for you and family.
Harriet

I was saddened to learn of Bernies passing. Willie Coopers son, Dwayne Cooper called me today to let me know. I have many fond memories of Bernies friendship with my family especially his friendship with my late husband Jerry. My thoughts and prayers are with his entire family. Rest In Peace Bernie.
Carolyn Moss

Never miss an update about Bernard "Bernie". Sign up today.