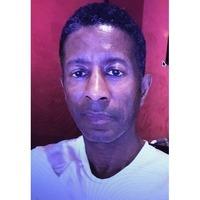 The following link may be used to view the funeral: https://youtu.be/FWIbbFCzsYg

Mr. Bernard Ricardo "BT" Terry, Sr. was born on July 31, 1951, to Robert Terry and Dorothy Young-Terry in Eupora, Mississippi. He transitioned to be with our Heavenly Father on May 13, 2021, at the age of 69. Bernard was a loving father, grandfather, great grandfather, brother, uncle, friend, and mentor. His commitment to his family, his friends, and the musical community will live forever.

Bernard "Ricky", as his family called him, grew up in Chicago, Illinois. His love of music came early in his childhood when he learned to play the guitar by a friend of the family. As a child, he learned more about music by watching musicians perform on various street corners in Chicago.  Those performers left such an impression that he, too, began hooking up his amplifier and playing outside for the neighborhood.  Having parents who worked 3rd shift allowed him and his brother Ron to play as long and as loud as they both desired. Needless to say, there was no rest to be had at night by the other siblings who were trying to sleep at night.

Bernard was the type to master whatever he put his mind to. He was driven and relentless, and he would tinker with that guitar and make it speak the words that his quiet demeanor would not say. The family later moved to Saginaw, Michigan, where he attended Buena Vista High School. A few years later, Bernard moved with a good friend and his family to Kansas City, Missouri, when he was in the 11th grade. He and his friend both honed their guitar skills while being mentored by his godfather Reverend Scott. He graduated from Washington High School in Kansas City in1969, then moved back to Saginaw, Michigan.

Bernard has always been an advocate of healthy eating and living, as well as a constant source of positivity. His calm demeanor, his giving nature, his acceptance of people, his work ethic, his non-judgmental spirit, and his thirst for knowledge have made a difference in all the lives he has touched.

Many refer to him as a mentor, teacher, father figure, and friend. He touched so many lives while gracing this Earth. There are no words to describe the hole felt by Bernard’s family and friends.  He will be missed forever and loved beyond description, yet we are all better people because of the seeds he planted in all of us.

Please forgive us if we have left anyone out. You all held a special place in his heart, and we thank you from the bottom of our hearts.The family would like to express special thanks to Sheldon T. Banks Funeral Chapel staff for all their help and support.

The City of Flint/Beecher for all the years of support and dedication. Each of you enriched his life tremendously. Please continue to follow your passion and support one another along your beautiful journey through life.

Peace and Mercy be upon King Bernard with Paradise Our condeslonce go out to his family..Queen Neiokia (Co-worker) and friends

I Love You B.T You will be Greatly Missed

Bernard assisted in the recording of one of my songs at the world famous United Sound Studios in Detroit where such artists as Parliament have recorded. This is early 80's.

Rest In Peace to a true legend Bernard Terry. Will never forget meeting you and your kindness. Deepest condolences to the Terry family.

My condolences and prayers for the family.