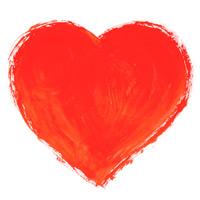 Bertha (Bea) S. Wade passed away Friday, March 19, 2021at home with her daughter in Palm Coast.

She was born on October 17, 1926 in a little town of Washington, PA. She died at the age of 94. She had one brother, Henry Shuba and a sister, Milly Stride and many half brothers and sisters.

Bea was married to her late husband, Ernest (Ernie) G. Wade for 70 years. They resided in Sea Colony for 30 of those years.

Bea always had a little story about moving from little Washington, PA to big Washington, D.C. Bea met Ernie in D.C. and got they married. They also settled in Fairfax, VA where they raised their two children until they retired to Florida.

Bea worked for the Federal Government in Washington, D.C. as a secretary and a legal assistant for 30 years.

Bea retired and settled in Palm Coast, FL and lived in Sea Colony, where she enjoyed shuffleboard, mahjong, and bridge.

Bea is survived by her children, Jennifer A. Wade of Palm Coast, FL and Ernest J. Wade of El Paso, TX; grandson, Aaron Wade; sister-in-law, Velma Shuba of Erie, PA, she was like a sister to Bea. She is also survived by many nieces and nephews from Pennsylvania, Virginia, Massachusetts, Maine, Ohio, Georgia, North Carolina, and South Carolina.

Bea will be sorely missed by all.

The family of Mrs. Wade entrusted the arrangements to Clymer Funeral Home & Cremations.

Aunt Bertha you will be very missed by your family. May you Rest In Peace with Uncle Ernie and all of your deceased family members. Love, Carol & Richard Boynton

Never miss an update about Bertha. Sign up today.