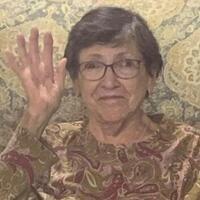 Services for Bettye Jo Kennedy, 80, of Starrville, will be held on 3, February, at 1pm at Starrville Cemetery with Pastor Joseph Johnson officiating.

Burial will follow at Starrville Cemetery in Starrville under the direction of Jackson's Burks Walker Tippit Funeral Home.

Bettye Kennedy was born April 21, 1940 in Starrville to Dollie Kennedy and Will Kennedy.

Bettye Kennedy was a LVN for 36 years at UT Health, she loved painting, she loved hummingbirds and flowers.  She loved her family and made a friend at every place she worked and lived.

If desired, memorials may be made to The American Heart Association.

So sorry for Bettye’s passing! We worked together for years at UT Tyler hospital. She will be missed

Never miss an update about Bettye. Sign up today.