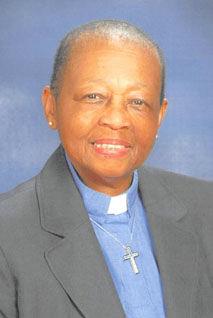 Beverly Black Lewis, 71, of New Castle, DE, passed peacefully on Wednesday, January 24, 2018 in New Castle, DE.
Beverly is survived by her husband of 47 years, Glenn; son, Christopher (Heather); daughter, Kimberly (Reginald); and eight grandchildren: Christopher Jr., Devon, Anthony, Brianna, Gabrielle, Reginald Jr., Alycia, Malachi; and her sister, Yulonda (Leon).
She was born to the late Luther and Novella Black of Little Rock, AR, and graduated from Foster High School of Lewisville, AR, in 1964. She attended Philander Smith College where she pledged Zeta Phi Beta Sorority in 1965. She graduated from University of Central Arkansas with a Bachelor's Degree and a Master's Degree in Nursing. Beverly taught nursing at University of Central Arkansas for four years. She had the opportunity to work with the team that opened the first Coronary Care Unit at the Baptist Medical Center in Little Rock, AR. She continued her nursing career serving at five VA Medical Facilities, retiring after 30 years of service.
Beverly was called into the ministry and received her Masters of Divinity Degree at Eastern Baptist Seminary in 2001. She was an ordained Elder in the United Methodist Church. While in Cecil County, she received the Pastor of the Year Award from the State of Maryland for her Domestic Violence Awareness Ministry while serving at St. John's United Methodist Church.
Beverly invited the National Interfaith Hospitality Network of New Jersey to make the initial presentation to the faith leaders in Delaware. This step was critical in setting up the Northern New Castle Family Promise Commitment. She retired after 15 years of service in the United Methodist Church Peninsula Delaware Conference.
All are welcome to attend and Celebrate Beverly's life. Visitation for family and friends will be held at Asbury United Methodist Church, 300 E. Basin Road, New Castle, DE, on Friday, February 2,  from 6 p.m. until 8 p.m. and Saturday, February 3, from 10 a.m. until 11 a.m. Funeral service will begin at 11 a.m. with Rev. Tracey Mooney officiating.
In lieu of flowers, please make donations to Family Promise of Northern New Castle County, in care of Crouch Funeral Home, 127 S. Main St., North East, MD 21901.
For condolences, please visit: www.crouchfuneralhome.com

This obituary was originally published in the Cecil Whig.

An Angel has left us and gone back home. Pastor Beverly had an old spiritual soul full of selflessness giving. We all have a purpose on EARTH and Pastor Beverly's purpose cannot be matched, she left deeply embedded footprints in the sand of legendary accomplishments. This EARTH will miss you Beverly!
Gerald, LaChelle, Michael, and NeChelle Pierce

Our prayers and condolences go out to Glenn and family. Beverly was our Associate Pastor at Aldersgate for far too short of time. She leaves behind a tremendous legacy including bringing Family Promise to Delaware. It continues as the most effective agency in dealing with family homeless in Delaware. God bless you Beverly. It gives us comfort to know that you are now with our Lord and Savior.

Rev Lewis and her husband Glen were truly an inspiration to Mt. Calvary UM Church- Preston, MD. She could make it plain when it came to teaching, you got the message, She and Glen inspired us to work well together as a coupes uplifting the Kingdom of God. She will always be loved and remembered by many,
Emma Johnson "Connie"

Beverly has been my friend since our days of pledging Zeta at PSC. My heart aches for Glen, their children, her Sister and all beloved family and friends. The last time I saw Beverly a few years ago in NC she was so happy and radiant, I treasure the memories. I am looking for pictures from that time now. Peace and Blessings to All who Love Beverly.

Someone LIKE YOU HAPPENS ONCE IN A LIFETIME SO GLAD YOU HAPPENED IN MINE. REST IN PEACE MY FOREVER FRIEND.

I am so sorry for your great loss. May the God who binds up the broken hearted and comforts all who mourn sustain your family during this challenging time. With heartfelt sympathy.

Someone LIKE YOU HAPPENS ONCE IN A LIFETIME SO GLAD YOU HAPPENED IN MINE. REST IN PEACE MY FOREVER FRIEND.

I am deeply saddened by the passing of Rev. Beverly Lewis, my former Pastor of Mt. Calvary United Methodist Church in Preston, Md. Rev. Lewis was a great Preacher and teacher of the gospel. Rev. Lewis showed us unconditional love. I looked up to her and had great respect for her and Mr. Glen. My sincere condolences to Mr. Glen and the family. She will be missed but our loss is heavens gain. Sleep on Rev. Lewis, you fought a good fight. You are now resting in the arms of our Savior....