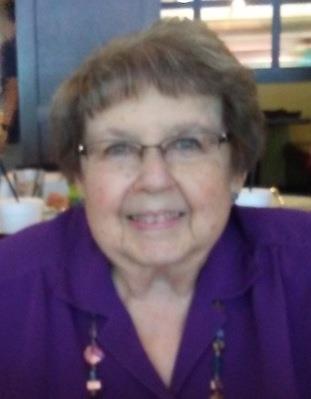 Not the right person? See All ›
AGE
80
LOCATION
Forest, Mississippi

Forest - Beverly Jo Bracken Rhodes, age 80, and a resident of Forest, died Wednesday, November 27, 2019 at Lackey Memorial Hospital. She was a native of Newton, MS. As a young child, she was taught to read by her grandfather, Mr. A.L. Myers, and read constantly throughout her life. She was a Cum Laude graduate of Millsaps where she attended classes from 8 to 12 and worked at the Jackson YWCA from 1 to 9, riding a street bus to and from Millsaps. She was on the Dean's and President's List and was a member of the Purple and White Staff, Eta Sigma (scholastic honorary) and Eta Sigma Phi (classical languages honorary).

She met her husband Dusty in 1956 when they worked at the Town and Palace Theaters in Forest. He asked her to marry him on the first day they met, and four years later on June 4, 1960, they were married. He was the sun in her sky.

Beverly taught English in Morton and Forest where in 1982-1983 she was selected as Classroom Teacher of the Year. In 1981 she initiated the WINGS Class for gifted students at Forest high School. Her students excelled in numerous activities including Creative Writing, Quiz Bowl, Art Competitions, Chess, Future Problem Solving, Odyssey of the Mind, Stock Market Competition and MS Economics Counsel Competitions. They won state and national awards, and many received college scholarships in part due to their WINGS class activities. She named the class WINGS and often said, "I hope to give them wings, and let them fly." She always had words of encouragement for her students, urging them to be creative, to attempt new and different activities and to excel in all things but especially in creative writing. She was sympathetic when they were sad or disappointed. Beverly was an active member of the East Central Talented and Gifted Association and the Mississippi Association for the Talented and Gifted where she served as state treasurer. In 1991, she was chosen Mississippi Gifted Teacher of the Year and received the MS Award for Excellence in Gifted Education. She was chosen STAR Teacher four times, twice in Morton and twice in Forest.

Although Dusty and Beverly had no children of their own, they were both dedicated to her students and will live on in the memory of those students. Beverly was selected as Star Teacher four times.

For many years she has been a member of MENSA and was Gifted Children's Coordinator for the MS group. She was President of Friends of the Library, President of Lackey Hospital Auxiliary, member of MS Professional Educators and President of the Novel Lunch Bunch Book Club. She served in many offices in all these organizations. In the past, she had been a member of the Lions Club, Classroom Teachers, MEA, Kappa Kappa Iota and Fortnightly Club. The Beverly Rhodes Scholarship is a $1,000 award given in her honor by the Forest Friends of the Library.

An avid reader who never lost her sense of curiosity, she was a life-long learner who maintained a great interest in the world and current events. In her later years she developed an interest in science and renewed an interest in cosmology, ancient civilization and geology which began while she was at Millsaps. Her favorite subject as a student was Latin and her email address was carpelibrum5813. The Latin words mean "seize the book" and the numbers are from the Fibonacci sequence.

Friends treasured a birthday card from Beverly as she wrote a poem for the recipient on many cards.

After Hurricane Katrina she collected hundreds of books and sent them to the coast libraries with the help of friends, Pat and Martha Cleveland.

At her exercise class she was known for always being ready to amuse the group with a joke. Friends knew of her love for the Baltimore and later Indianapolis Colts. Often asked why she loved the Colts, she explained that the first thing she saw when her family got a TV in 1958 was the Colts-Giants game known as the greatest game ever played. She enjoyed watching football and other sports on TV while she read. She loved working cryptograms.

Beverly was preceded in death by her beloved husband Dusty, her sister-in-law, Margaret Rhodes Rivers and her brother-in-law, John Turner Rhodes. She is survived by two second cousins: Chris (Jan) and Rob Moore of North Carolina; and members of Dusty's family who treated her as one of their own, sister-in-law: Mary Lynn Rhodes (Freddie) Bagley and family; brothers-in-law: Terry Rivers and family, and John Turner Rhodes' family; special nieces: Susan Rhodes (John) Black and Thelma Rhodes (Ron) Benson; and a host of close friends.

Family and friends are invited to attend a celebration of life service at 2:00 p.m. Sunday, December 1, 2019 at Ott & Lee Funeral Home Chapel, with visitation beginning at 12 noon at the funeral home. She will be laid to rest beside her husband Dusty in the Eastern Cemetery.

In lieu of flowers, memorials should be sent to McElroy Hoye House, P.O. Box 523, Newton, MS 39345. This is the Civil War Era home of her great-grandfather Dr. J.C. McElroy which is being restored, and is open for tours. Many of her family heirlooms are on display at the house.

Condolences may be sent to Ott & Lee Funeral Home at www.ottandlee.com

Mrs. Rhodes taught me French and English at Morton High School. She was a great teacher and wonderful person. She will always be a fond memory.

Mrs. Rhodes, the only way I could ever address this wonderful lady, was much more than my teacher at Morton High School in 1967. She always made it clear she cared about each of her students as people who had value. She was someone who provided a model for all of us as we moved forward in our lives. I will miss her!