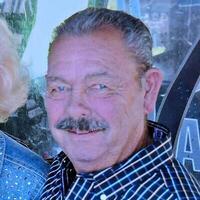 William James Carson, Jr. “Billy” passed away in his home after a long, hard-fought battle with cancer on September 18, 2021.

He is proceeded in death by his wife of 50 years Cathy, his father William James Carson, Sr. and in-laws Henry and LaVaun Miller.

Billy grew up on Sleepy Hollow Ranch south of Ozona in Val Verde County, and like most ranching families, split his time between town and the ranch.

Billy was a tremendous athlete and took to any sport he tried. He was quarterback for the football team, played basketball and golf, ran track, and was a state qualifying pole vaulter.

He graduated from Ozona High School in 1966, the great-grandson of the first graduate of Ozona High School, Alma Smith West. Billy attended the University of North Texas briefly before being drafted by the United States Army in 1968. After attending basic training, he and Cathy were married on June 8th, 1968 at the Ozona United Methodist Church. Billy served one tour in the Vietnam Conflict in a field artillery unit.

After Vietnam, Cathy and Billy honeymooned in Oahu, Hawaii and returned to Laughton, OK. To finish out his military service. They then moved to Alpine, Texas where Billy studied Mathematics at Sul Ros State University. After the birth of Julie in 1971, he decided the only life for him was ranching, and they relocated to the family ranch, Sleepy Hollow.

Billy worked on the Alaska Pipeline for 12 weeks in the summer of 1971 alongside his father-in-law Henry and brother-in-law Hank.

One of the last living, true cowboys, he loved the ranch. Sleepy Hollow was his heart and home, he was happiest there, especially during our annual family Ranch Week, where we played hard and worked even harder completing the endless project list for his boys. He truly thought of them as his sons.

His competitive nature and love of sports continued as he followed his daughters to cheer them on at every golf tournament and basketball game. He loved his girls.

Ranch life also included a love for hunting. As a boy he paired off with his mom and later he made life-long friends with the many hunters that have come down year after year for deer season.

Since his wife’s passing, Billy has lived full time at the ranch, spending his days watching over the land, talking cattle with Sunny Jon Bailey, riding around in his Polaris, taking care of the yard, and most importantly surrounding himself with wonderful family friends like James and Shirley McQueen and Bailey Bishop. They became a part of his family and for that we are truly grateful.

He leaves a legacy of love of the land, true friendship, and strength of character. He lived life on his own terms, and we cherish the time we had with him.

Services will be held Wednesday, September 22, in Ozona at the United Methodist Church with burial following at Cedar Hill cemetery.

In lieu of flowers the family requests donations be made to the Ozona United Methodist Church, the American Cancer Society or the Crockett County Deer Fest.

Julie, Haley and Amanda I’m sorry I can’t be there to honor your father, he meant so much to me. I know how proud he was to be your dad. Rest easy Uncle Billy.

Our condolences to the Family. We will be praying for everyone, and May God bless you and your Family in this time of sorrow.

Haley, sorry for your loss remember the good times. Just Thank about he is with your mom and not suffering no more watching over the family at this time.

I’m praying that Jesus comforts you all and gives you peace. Billy loved his family so much, and he was very proud of you all. Thinking of you and sending my love.