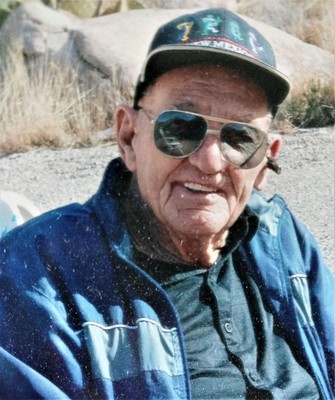 Las Cruces - Born April 26, 1930, in Clovis, NM, to Walter S. (Dan) Dalton and Sallie Maud Dalton. Bill was a retired Pipe Fitter and member of the Local Pipefitters Union 412. Bill's first job as a teenager was setting up the bowling pins at the local bowling alley. Bill had his own plumbing shop in Alamogordo, NM before obtaining his apprenticeship in Pipefitting, which was his trade for the remainder of his working career. Bill was raised in Roswell, NM where he met his wife to be, Patsy Ruth Dalton. They were married for 58 years before her death in January of 2008. They raised three daughters: Carolyn Hepker, married to Robert (Bob) Hepker, Susan Rethwisch, married to Thomas (Tom) Rethwisch and Melinda Terrell, married to Don Terrell. Together they were also blessed with five grandchildren: Robby Hepker, Kristy Hepker-Garcia, Billy J. Dalton, Jamey Hepker and Shane Terrell and six great-grandchildren: Cody Hepker, Brenden Hepker, Kaden Garcia, Rebecca Dalton, Jamey Hepker and Lexi Hepker.

He was such a sweet soul. He will be greatly missed.
Prayers for comfort and peace for the family

My condolences to the family . May you find comfort in your treasured memories and Gods promise to return our loved ones . 1st Thessalonians 4 : 13 & 14 .

Always the sweetest person who always talked about his grandchildren and children. I will miss you Bill and we will miss you here at Onate Greens. May you rest in peace.