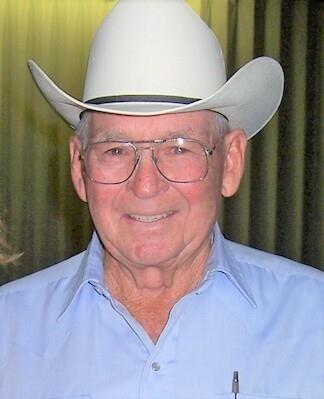 Not the right person? See All ›
AGE
93
LOCATION
Stephenville, Texas

Billy Wayne Gray, 93, left this earth in peace on Thursday, August 6, 2020 surrounded by family at his home.

Graveside services will be held at Indian Creek Cemetery in Erath County on Wednesday, August 12th at 10:00 AM. Visitation will be at Stephenville Funeral Home on Tuesday, August 11th from 6-8 PM.

B.W. was born on May 25, 1927 in Aspermont, Texas to Bill and Nila Gray. He attended Aspermont School, but enlisted into the US Navy at 17 with parental consent. He was a World War II veteran serving his country to help clean up after the atomic bomb dropped in Hiroshima, Japan. He served as a Seabee in the Navy. After returning from the service, he married his beloved Ann Marie Park on July 1, 1949 in Abilene, Texas.

B.W. and Ann were married for 71 years and raised three boys on their ranch. Billy Wayne worked for Bell Telephone and later retired from United Cooperative Services as a Line Superintendent. He was a long time rancher and horse trainer from plow to ride. He was a member of the Selden Baptist Church. His favorite thing to do, besides look at his cows and fields, was to support the Stephenville Yellow Jacket football team. He attended games since the late 1950's and rarely missed the opportunity to support the blue and gold.

Billy Wayne Gray's legacy is carried on through his loving wife, Ann, and his sons and their wives David and DeDe Gray of Henrietta, Texas, Robert and Tamra Gray of Throckmorton, Texas, and Jerry and Debra Gray of Stephenville, Texas. He is survived by one brother and his wife, Wayland and Peggy Gray of Aspermont, Texas. He has 7 grandchildren and 19 great grandchildren whom he loved and cherished.

He is preceded in death by his parents, a little sister, and a granddaughter.

Condolences may be sent to www.stephenvillefh.com.