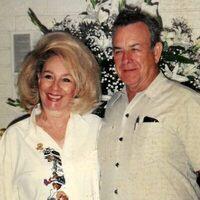 Robert M. Lofton, 88 years old, passed away peacefully with his angels (daughters) by his side at home in Blythe, California. He was born in Tulare County Hospital to William Lofton and Georgia Broadaway Lofton and was the youngest of four. He served in the U.S. Navy during the Korean War from 1950 - 1953 on a naval ship in the North Pacific. Bob served on the Blythe City Council as a member from 1968 - 1980 and Blythe Mayor from 1974 - 1976. Bob loved boating on the Colorado River and was a member of the River Cruise Pilots Association, which guided people to Martinez landing near Yuma, Arizona. He was a member of the Blythe Boat Club where he would spend weekends with his family and close friends. Bob loved jeeping the rugged mountain of Telluride, Colorado and camping in the local desert. He loved the local history and could often be found exploring for artifacts from "the general Patton training era".

Bob's beautiful wife and lifelong business partner, Josephine A. Kuttruff Lofton (86), also passed peacefully at home with her daughters by her side. Jo was born and raised in Blythe to Alfred Kuttruff and Nellie A. Yoder Kuttruff. She attended Redlands University before her marriage to Bob in 1954. Jo loved working and bookkeeping at Blythe Laundry and Cleaners, Inc., which her late father started in 1917 as Blythe Steam Laundry on Main St. and was later moved to its current location (170 S. Third St.) so the I-10 freeway could be built. Jo also enjoyed her property management business and was kept busy with her 6 children (Karen (Donald) Burgeson, Sonya (Vincent) Heflin, Cindy (Tim) Port, Robert A. (Andrea) Lofton, Lori (Bob) Gannon, Denise Lofton), 10 grandchildren and 18 great grandchildren.

Bob and Jo both worked hard until the very end of their lives. They will be buried at the Palo Verde Cemetery near their parents.

I had the privilege to work for these two awesome people when I !iced in Blythe CA at 201 So. Second street and their cleaners was just up the street from my house so I could just walk to work as I did for three years along with my good friend Jimmie Cantu and his awesome wife Olga Cantu that I believe yet works there too. We were all! like one big Family even at their laundromat too. I have many wonderful memories of these awesome people too. I once went into work with a slight hangover I...

My sincere condolences to all the Lofton family. May your parents rest in peace

My sincere condolences to the family,my Jimmy and worked for Bob and Jo for 28 yrs when he passed I kept working till the last day July 2 20 when the cleaners was closed,I miss not working 30 plus yrs for them.

Our deepest condolences to the family

I’m so sorry. Condolences to the family. I had several conversations with your mom at the doctors office. She was so sweet. May they RIP together.

I was in total shock when I pulled up this obit....but then thought how very beautiful it is that Bob and Josephine left this earthly life together and will be together in heaven for all eternity . Can't get more beautiful than that. My most sincere condolences to each of the family in your great loss. May all of your happy memories bring you peace. I have lots of great memories from High School of Bob and Josephine....and Josephine you were my inspiration when my twins were born....so...

Never miss an update about Bob & Jo. Sign up today.