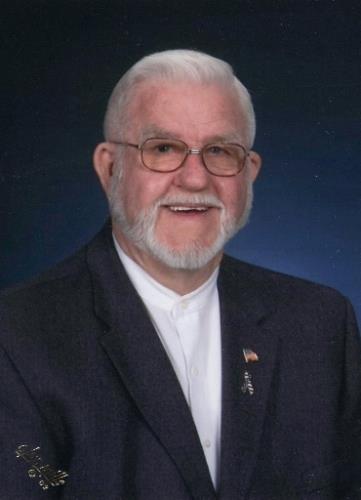 Burnette, Bobby Gene Belleville, MI Age 84, peacefully passed away Wednesday, February 12, 2020. He was born February 16, 1935 in Alva, KY, the son of George F. and Liddie A. (Engle) Burnett. In 1956, Bobby came to Michigan to work at Ford Motor Company and following 45 years of employment, he retired in 2001. He married Yvonne Miracle in 1956 and together they had five children. In 1998, he married his high school sweetheart Phyllis Steele and following his retirement from Ford, they moved back to Kentucky. Following Phyllis' death in June of 2015, Bobby moved back to Ypsilanti. He was a member of South Side Baptist Church in Ypsilanti. Bobby loved spending time with his children, grandchildren and great grandchildren. He was known as a jokester and loved telling jokes and playing bingo at the Gilbert Residence. He was a loving husband, father, grandfather and great grandfather and he will be missed. Survivors include: five daughters, Terry (Paul) Wilhelm of Rock Hill, SC, Barbara (Keith) Burnette of Mesa, AZ, Susan (Lenny) Cicotte of Van Buren Township, MI, Ann Smith-Burnette and Jennifer (Marc) Wilson, both of Ypsilanti; sixteen grandchildren; twenty-two great grandchildren; and several nieces and nephews. In addition to his wife Phyllis, he was preceded in death by his parents and one grandson Christopher Pennington. The funeral service will be 10 am Monday, February 17, 2020 at Stark Funeral Service with his grandson, Mr. Bryan Wilson officiating. Burial will follow in Washtenong Memorial Park. Contributions in his memory may be made to either the Parkinson's Foundation or the Alzheimer's Association. Envelopes are available at the funeral home where the family will receive friends 2-4 & 6-8 pm Sunday. Please sign his guest book at www.starkfuneral.com.

My Mom is in assisted living at Gilbert Residence. We so enjoyed Bobby- my grandson enjoyed seeing him whenever they visited and Bobby would greet him with a hi Cam' and a big smile. During one visit Cam wrote notes' (he was only 4) to his favorite residents and then delivered them. After that whenever Cam was in town and visited GR and Bobby saw him he would lift the seat cover on his walker and pull out his mail' from Cam and show him he still had it - which thrilled my grandson!Our sincere...

This is a very special man and a good friend of my dads.