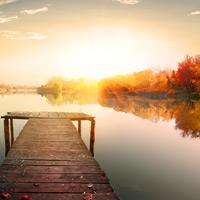 Bobby Gene Davidson, 78, died Friday, June 19, 2020, at the North Mississippi Medical Center. He was born October 19, 1941, to Alvie Richard and Augie Franks Davidson. He and his wife made their home in Mantachie for 41 years before moving to the Liberty Grove community south of Tremont to be near his daughter and her family. He was a member of First Baptist Church in Mantachie but had been attending James Creek Primitive Baptist Church until his health declined. He was a policeman for the City of Mantachie, elected the Justice Court Judge for the West side of Itawamba County for two terms, and was a deputy sheriff for the Itawamba County Sheriff’s Department for twelve years. After retirement, he was a security guard for the Mississippi Welcome Center in Tremont. He enjoyed yardwork, especially mowing his yard, and he was an avid hunter and fisherman, but specializing in duck hunting. He enjoyed attending Tremont High School sporting events, and taking care of his farm animals. He especially loved his boxer dog, Bo.

Services will be at 5:00 p.m. Sunday, June 21, 2020, at the McNeece-Morris Funeral Home Chapel in Mantachie with Bro. Grady Davidson and Bro. Joseph Jones officiating. Burial will be in the Center Star Cemetery.

Survivors include one daughter, Rhonda Kennedy (Noel) of Tremont; his mother, Augie Davidson of Mantachie; two grandchildren, Paige Kennedy and Hope Kennedy, both of Tremont.

He was preceded in death by his wife of 57 years, Sudie Faye Shields Davidson; an uncle, Joe Davidson, who was more like a brother; and his father.

Visitation will be Sunday from 3:00 p.m. until service time at McNeece-Morris Funeral Home in Mantachie.

I am so sorry to hear about Bobby's passing. May the Lord bless the family and give them them the comfort and solace they need at this time.
Bob, Odell Hankins Press & Kirra Press

Sorry for your loss.
Jesse and Teresa
Fulton Grain