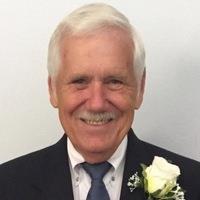 Services for Bobby Joe Whisenhunt, 76, of Campbell, will be held on Friday, January 7th 2022, at 1:00 PM at Jackson's Burks-Walker-Tippit with Brother Sherman Mayfield officiating.

Burial will follow at Whitehouse Memorial Cemetery in Whitehouse under the direction of Jackson's Burks Walker Tippit Funeral Home.

Bobby was previously married to Phyllis Darlene Whisenhunt until her death. Later marrying Rita Gay Whisenhunt. Bobby was employed as a truck driver for the majority of his work career. One of Bobby’s greatest accomplishments of many was raising two hardheaded boys (ya’ll guess which one was the biggest challenge). One of Bobby’s greatest joys was attending his granddaughter Addison’s drill team and dance routines along with his many other grandchildren. Bobby also enjoyed spending time with his horses and other animals. Bobby also enjoyed spending with the other members of the Campbell Store Coffee Club.

Honorary pallbearer will be Charles Morris.

If desired, memorials may be made to St. Judes Children Hospital

We will sorely miss you Bobby at the coffee shop. A true friend who provided us with hours of laughter and levity. I know you were a good Christian man and you never hid that. Enjoy eternity brother.