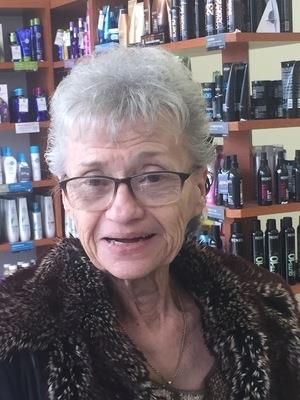 "Bo" was born in Poland on July 13, 1943 daughter of the late Kazimir and Marianna (Rausch) Derezinski. At the age of 6 she and her family became displaced refugees after WWII and legally arrived at Ellis Island in 1950 and moved to a farm in Jarrettsville, MD for a short time.

"Bo" spent most of her young life across the street from Patterson Park in Baltimore. Bozenna married her husband, Warren C. Eastburn, Sr. in 1967 and moved to Newark, DE and eventually moved to Bethany Beach in 1979. She worked with her husband in the construction industry until his passing in 1987. "Bo" was a life member of the American Legion Post #24 Auxiliary in Dagsboro, DE and also the VFW Post #7234 Auxiliary in Ocean View, DE. She loved to listen to music and to dance.

In addition to her parents and her husband, she was preceded in death by a son, Wayne Henry Eastburn. She is survived by a son, Warren C. Eastburn, Jr. and his wife Elizabeth; two grandchildren, Thomas W. Eastburn of Newark, DE and Wendy C. Eastburn-Teal of Hockessin, DE; four great grandchildren, Henry and Nolan Witman and Jackson and Caleb Dinger; a sister, Teresa (Derezinski) Moranto of Lighthouse Point, FL and two nieces, Liana Hall, Stacy Hall Madigan and one grandniece, Jessica Hall.

In lieu of flowers, the family suggests memorial contributions in Bo's name to the VFW Post #7234 Auxiliary at the above address or the American Legion Post #24 Auxiliary, PO Box 248, Dagsboro, DE 19939.

Online condolences may be sent by visiting www.melsonfuneralservices.com

Never miss an update about Bozenna. Sign up today.