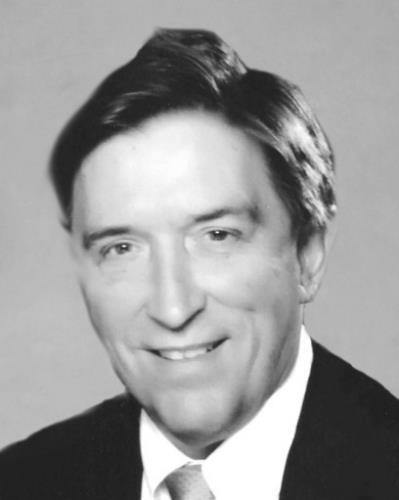 Not the right person? See All ›
LOCATION
Farmington, Utah

S. Brad Jones
1953 ~ 2019
Farmington, UT - Heaven's doors opened to one of God's most valiant warriors on January 18 when S. Brad Jones died suddenly and unexpectedly from an aortic dissection at the University of Utah Hospital. Heroic efforts were made to save his life, but God called him home.
Brad was born July 22, 1953 in Richland, Washington to Richard and VerdaBelle Jones. He was the youngest of five children. He graduated from Richland High School and attended Columbia Basin College, where he served in student government. He then served an LDS mission to Ireland during the peak of that country's conflict. Brad's peace-seeking nature paved a path of meaningful service in this country he grew to cherish.
Following his mission, Brad attended Ricks College, where he met his forever sweetheart. He married Wendy Homer August 14, 1975 in the Idaho Falls Temple. They set off in a VW bug to conquer the world, and they never looked back. The journey included graduating from BYU together, raising two beloved children together, discovering the joys of life together, and facing crushing heartache together. It was always Beej and Babe doing it together.
Brad earned his CPA and CMA licenses to practice accounting. He worked the majority of his career at Cambelt International. Though letters followed his name and numbers filled his days, it was really the art of building that spoke to his soul. Whether building with wood or building with people's hearts, Brad was a master builder. He had vision of what a piece of raw wood could become. He had even greater vision of what a person could become. Brad was sent to earth to build. His shop door is now closed, the wood shavings lie still, and the fragrance of fresh cut wood is gone, but the memory of this much beloved builder and quiet warrior will be in our hearts forever.
Brad served faithfully in many callings in the LDS Church, but his most cherished calling was that of husband, father, and grandpa. He was loyal and supportive of his wife and children. Like a river, Brad ran quiet and deep.
Brad and Wendy made cherished memories together as they traveled to distant parts around the world. Whether hiking in the Swiss Alps, bargaining with Middle East vendors, riding camels in Jordan, exploring ancient ruins in Guatemala, or walking the windswept cliffs of his beloved Ireland, Beej and Babe did it together, forging a lifetime of memories that would end much too soon.
Brad was preceded in death by his parents, Richard and VerdaBelle Jones and his parents-in-law, Gareth and Maurine Homer. He is survived by his beloved wife, Wendy, his two precious children Jennifer (Adam) Newton and Benjamin (Alexis) Jones, and six cherished grandchildren, Ashley, Megan, Jake, Macie, Xander, and Gavin. He is also survived by four siblings, Cordia Watkins, Rowen Jones, Rance Jones, and Delsa Pospical.
Family and friends are invited to gather at a viewing at Russon Brothers Mortuary, 1941 N. Main, Farmington, from 6:00 to 8:00 on Friday, January 25 or on Saturday, January 26 from 9:30 to 10:30 at the Farmington North Stake Center, 729 W. Shepard Lane, Farmington. Funeral services will follow at 11:00 a.m. Interment will take place at Farmington City Cemetery.
In lieu of flowers, please consider donating to the Intermountain Foundation at Primary Children's Hospital. Online guest book at www.russonmortuary.com

Dear Wendy, We were saddened to learn that Brad has passed. We enjoyed reading his life sketch in the paper and felt privileged to have known him. The video was a wonderful tribute to him and to your loving marriage. We send you our love and sympathy, Chuck and Marci Homer

Wendy, DeRay and I are so very sorry for your loss; we remember you fondly and with love as we lived and served together in our Taylorsville Ward. May the Lord's peace and comfort sustain you at this most difficult time. Love, DeRay and Chris Sudweeks

Wendy, DeRay and I are so very sorry for your loess; we have such fond memories of you and your family as we served together in our Taylorsville Ward. May the peace of the Lord be with you today, tomorrow, and in the weeks and months ahead and may you find peace and comfort in the wonderful memories you have of your time together. Our thoughts and prayers will e with you.

My condolences for your loss. Wishing your family peace to bring comfort, courage to face the days ahead, and loving memories to forever hold in your hands. May God continue to comfort you and your family. ( Psalms 9:9,10)

We are so sorry for your loss. I can't even imagine. Our prayers are with you, Wendy, and your family. Love Joy & Brent Urry

Brad and I have worked together, every working day of our lives, for the past 38+ years. We frequently sparred over which university was the best, but it was always nothing more than friendly banter. Above all, Brad is a wonderful man whose standards have never faltered. His loyalty has been remarkable. He truly loves the Lord; I could always see it in his every action. I miss him immensely, and will forever remember him as a kind and dear friend. My deepest sympathies go out to Wendy,...

I worked with Brad at Cambelt. Such a nice man. My thoughts and prayers are with Wendy and their family.

Brad was our favorite home teacher and always took care to come and involve all our kids in the discussion. We love your family, you are in our prayers! Tears and hugs,
Steve and Kathy Smoot

Served in Ireland with Elder Jones (Dublin) 1973. Great missionary! Saw him while filling up at Maverick in Farmington last Wednesday and we decided we'd get together for lunch this week to catch up on past 10 years. Prayers are with the family.

Never miss an update about Brad. Sign up today.