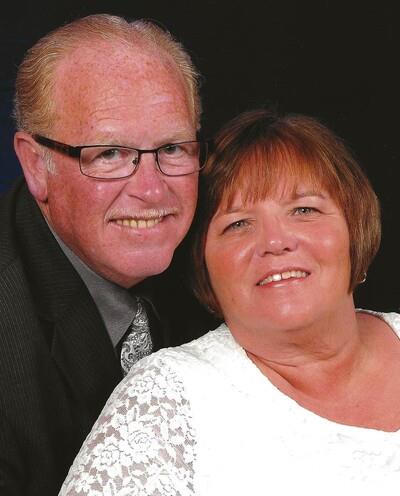 Brian was born on April 1, 1955 in Elyria and made his home here all of his life.

He was employed as a Mortgage Lender at Quicken Loans and was a lifetime member of St. Mary Church in Elyria.  Brian was a 1974 graduate of Elyria High School.  He also served in the United States Army.  Brian loved spending time with family, golfing, was a car enthusiast, manicuring his lawn, reading and was an avid Ohio State fan.  He was a loving husband, father of five and a grandfather of nine.

He was preceded in death by one granddaughter, Harper Ann-Miree Johnson; one sister, Dorianne and his parents, Robert and Mary Margaret “Mime” (nee Birkbeck) O’Donnell.

Friends will be received at the Reichlin Roberts Funeral Home, 327 Cleveland Street, Elyria, Ohio on Tuesday, April 13, 2021 from 5 P.M to 8 P.M.  Friends may also call on Wednesday, April 14, 2021 for one hour starting at 10:00 A.M. in the Weigand Room of St. Mary Church, 320 Middle Ave, Elyria, Ohio prior to a 11:00 A.M Mass of Christian Burial. The mass will be concelebrated by Reverend Father Charles Diedrick, Pastor, Officiating and Deacon Pat Humphrey.  Burial will be private at a later date at St. Mary Cemetery, Elyria, Ohio.

Our deepest condolences to the O'Donnell family. We are so sorry to hear of Brian's passing.
Sending hugs and prayers to all.
Jeff & Eileen

Our most sincere condolences to Jean and the entire O'Donnell family. Such a shock to hear of Brian passing. He was one of the nicest people ever. Much love and hugs Jeannie

I am very sorry to hear about Brian’s passing. My prayers go out to Jean and the entire family. God Bless.

Condolences, prayers and hugs for the entire O’Donnell family as you mourn the passing of Brian. May each day bring peace and comfort as you cherish his memories.

Jean and family, I am so sorry to hear about Brian. Please know you are in my thoughts and prayers during this difficult time.

Jean and family, So sorry to learn about Brian's passing. Just know you all are in our prayers.

Sorry for your loss and your families Jean Brian was a great man with a big heart. Wayne Mccloskey and family