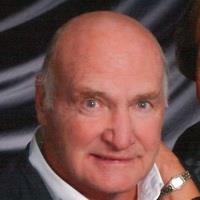 Not the right person? See All ›
BORN
October 23, 1938
DIED
September 5, 2020
AGE
81
LOCATION
Neenah, Wisconsin
CHARITY
The Charity of your Choice
Make a donation

BRUCE ARMSTRONG, Age 81, Passed way September 5, 2020.
This obituary was written by Bruce on his 60th birthday (1998) and updated by family to capture his final adventures and interests.

“I have had a great life, a great wife and family, enjoyed the series of adventures called life, and look forward to seeing you all in heaven. *Especially; the Pine River Riflemen, Deer Hunting and Sheep Head playing group, our Oshkosh Friday Fish Fry Friends, and many other special friends.

“I was born October 23, 1938 to Earle and Irene (Hoyman) Armstrong of Winneconne, WI and baptized in the Methodist Church of Neenah. I was baptized again at the age of 12 in the Baptist Church of Allenville, WI. I lived on a dairy farm with my family until 1946, then moved to Butte des Morts, WI where I attended Winneconne High School.  I participated on championship Football, Basketball and Track Teams.  I earned rank of captain on our Football Team and accidentally made the academic honor roll.

“I attended UW-Oshkosh majoring in Physics and Secondary Education and minored in Mathematics and English, received letters in football, basketball and track, was Football Captain and All-Conference.

“Following college in 1960, I married my high school sweetheart, Nancy Thiel of Winchester, WI. I taught high school physics, coached football and track, worked 27 years for Wisconsin Michigan Power Company, managed the Clintonville Water and Electric Utility, and served in the International Executive Service Corp in the Caribbean. I belonged to the Elks and Kiwanis Clubs, played tennis, volleyball, bowling and golf (Hole in One earned 2015!), I built a lake home, rafted the Colorado River, snorkeled the Caribbean, hunted deer, pheasant, wild boar and turkey, snowmobiled Yellowstone Park, and wintered in Florida. I have visited all 50 state capitals, numerous historic sites, attended many Wisconsin Bowl Games, and when I turned 80 I took our whole family on a Baltic Sea cruise.

“I am glad to profess that I have been a life-long Christian and anticipate God’s forgiving grace. Proud father of three sons: Brett, Bart and Troy. Proud grandfather of Alicia, Matt and Aaron. And, proud great-grandfather to Ophelia.”

A graveside prayer service will be held at 2:30 P.M. on Thursday, September 17, 2020 at Grace Lutheran Church Cemetery, 8396 Steeple Hill Dr., Larsen. There will be a reception to follow.

In lieu of flowers, memorials can be made to Our Saviors Lutheran Church of Neenah or a charity of your choice. A big thank you and God’s blessings to the wonderful and caring health care workers of Theda Care at Home and Hospice.

He was a great golfer and always fun to golf with. Our sympathy and God’s blessings to the family. Robert Johnson

Bruce we had a lot of years working together at Wisconsin Michigan Power. I always remember how much to liked to deal with paperwork!! lol We sure had some great times back then. Sounds like after leaving the company your life was sure a great success! We will all miss you and God Bless!!

Thinking of Bruce's family...and friends as you mourn his passing and celebrate his wonderful time with you. His legacy is a gift. Condolences to all who knew him

It is so fitting that the man who loved to tell stories got to tell us all one last one.
So glad he did not need this back when he was 60!
The Armstrong family has been blessed to have had Bruce in their lives. Our thoughts and prayers are with Nancy and extended family. Take refuge in knowing he was a man of faith and is resting eternally in heaven.

We found Bruce’s self written obituary to be comforting. He has had a wonderful life and we are thankful that he is confident in his faith. We know he will be missed but take comfort that we will meet again.

Never miss an update about BRUCE. Sign up today.