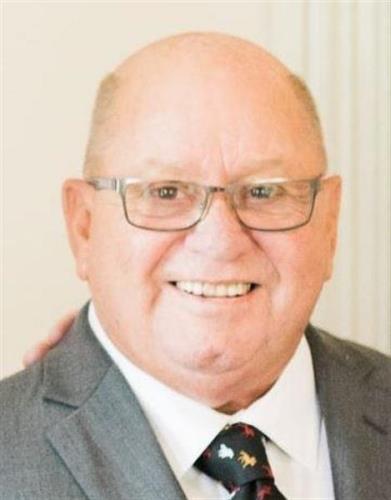 Bryan Marlow Hissey, 76, of Frederick, Maryland passed away on Tuesday, February 18, 2020. He was the loving husband of Carol Ann Hissey for 49 years, who preceded him in death in 2014. He was the son of the late Marlow and Phyllis Hissey.

Surviving Bryan are his two children, Jaime Shires, and husband Pete, and Bryan Scott Hissey, and wife Debbie, all of Frederick, and his beloved grandchildren; Tyler Jones and wife Nikole, of Frederick, SPC Zach Jones and wife Aaran, of Honolulu, HI, Jake Hissey and Abby Hissey, both of Frederick. Anyone who knew Bryan knows that his favorite hobby was his grandchildren. Bryan was looking forward to becoming a great-grandfather in June. Also surviving him are his sister Teresa Pashko and brother Steve Hissey. He is also survived by his dear companion Tina Grail; they brought each other great joy in recent years after having been widowed.

Born in Frederick on December 14, 1943, Bryan was proud to call it his life-long home. A graduate of Frederick High School, he went on to proudly serve the United States Air Force in the Air National Guard as a Technical Sergeant with the 167th Aeromedical Airlift Squadron, earning the Vietnam Service Medal, Presidential Unit Citation and Air Force Outstanding Unit Award. After his service he excelled in several professions, notably in his 30 years at Eastalco.

Bryan devoted the majority of his adult life to the mission of the American Legion as a member of the Francis Scott Key Post #11 since 1967 during which time he served as Commander and earned the status of Honorary Life Member. His service comprised of several chairmanships and committees, including with the Sons of the American Legion, Baseball Committee and Past Commander's Golf Tournament. He was also a member of the VFW Post #3285 and Amvets Post #9.

He was an avid sports fan, always rooting for his Nationals and Terrapins but most of all his Washington Redskins - and was most proud of his seats at RFK and times with the Redskin Express. Bryan was also known for his presence in the press box, calling several local football, basketball and baseball games, including his time with the Frederick Keys.

His time with friends was cherished, in particular his travels with so many over the years to St. Petersburg, Florida, countless cruises, Legion baseball tournaments and Super Bowls, just to name a few. Anyone lucky enough to call Bryan a friend knows that his friends were family, and as his kids and grandkids grew up, the same went for their friends - most of whom simply knew him as Pappy.

In lieu of flowers, donations may be made on Bryan's behalf to the FSK Post #11 American Legion Baseball Committee. (address above) Online condolences may be shared at www.keeneybasford.com.

Bryan and Carol were our neighbors for many years. I just heard of Bryans passing today from my sister, Linda Clingerman who was good friends with Carol during their teenage years. We want to express our sympathy to all their friends and family. We will be praying that God will comfort you through this sad season of your lives.

We were so sorry to hear of Bryans passing. He was a great friend to everyone he met. We will miss seeing him at the Legion. We will always remember stopping by the Redskin Express on game days.

Most sincerely,
Kevin and JoAnne Gardner

I spent a lot of time with Bryan at the American Legion, We were both past commanders. He was all about his family both his own family and his Legion Family. He was a true gentleman in the old school sense, never lie, tell the truth and back your friends. If you had to correct do it in private and with care. He and I were both in military medicine when we were in the service. Him as a medical-evacuation medic in the Air force on C-9s and myself as a Hospital Corpsman in the Navy. There is...

Bryan was a good friend to my family and myself. send prays to him and his family

In reading the other posts in the guest book it gave me a sense of knowing your dad without ever meeting him. What a wonderful legacy. Please keep the light of his life in your hearts and he'll never be farther away than a thought.

To Bryan's family, Bryan, Jaimie and his friend Tina,
We are very sorry to hear of Bryan's passing, so sudden. We didn't know him well but I believe he might have been best man at my cousin, Larry Blank's wedding many many years ago. My husband Denny, who walks in the neighborhood had the opportunity to have met him at the mailbox when he took his morning rounds. He also has spoken to Tina on aoccasion in the morning. I knew his wife Carol Ann many years ago from high school and then...

In loving memory of a man who touched so many hearts! Getting to know Bryan over the last couple years working at the Legion and seeing his smiling face was a blessing!

You will be missed by many. Condolences to the family. God bless.

Never miss an update about Bryan. Sign up today.