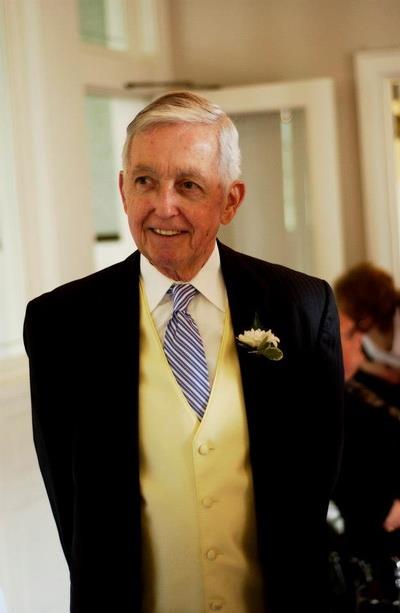 Byron Tanner Foster, “By” was born on October 9, 1931 and died peacefully on January 16, 2019 in Mequon, WI at the age of 87. He was preceded in death by his dear wife of 51 years, Suzanne “Suzy” Foster.  He was the father of Laurel Lloyd Foster and Elizabeth Foster Vaeth (son, Langdon and daughter, Tinsley).

Byron was born and raised in Cleveland, OH. He grew up in Clifton Park with his brother, Coleman A. Foster and their parents, Clyde T. and Lyla C. Foster.  He graduated from Lakewood High School and went on to Amherst College in Massachusetts, graduating in 1953. After graduation he joined the Coast Guard and was stationed in Hawaii for two years, after which he attended Harvard Business School, graduating in 1957.  He would also go on to earn a law degree from New York University.

The first half of his professional career included working for Goldman Sachs and Merrill Lynch. At one time he held a seat on the New York Stock Exchange. Later, he became a small business owner, purchasing the Wisconsin franchise of Evelyn Wood Reading Dynamics.

Throughout his life music and the performing arts were a constant passion. As a child he sang in his church choir. In college he was a member of the Zumbyes, a male acapella group. As a young professional in New York City he starred in all thirteen Gilbert and Sullivan operettas as a part of the Blue Hill Troupe. And later in Milwaukee he served as the President of the Skylight Music Theatre, as well as a board member of other performing arts institutions.
His other philanthropic work included various positions with the Alumni organizations of Amherst College and Harvard Business School. He was also a founding board member of the Cardiovascular Committee at the Medical College of Wisconsin. And a dedicated member of the Rotary Club of Milwaukee.
He will be remembered as a dear friend to many, a true life-long learner, dedicated father and husband, model train and classic car enthusiast, world traveler and avid reader.
Visitation will take place at St. Christopher’s Church, 7845 N River Rd, River Hills, WI 53217, on Monday, January 28, 2019 from 10:00 to 11:00 AM. Celebration of the Mass of Christian Burial will immediately follow at 11:00 AM. Reception to follow. Memorials in Byron's name may be made to Amherst College, P.O. Box 5000, Amherst, MA 01002-5000, or to Skylight Music Theatre, 158 N Broadway, Milwaukee, WI 53202.
A joint burial of Byron and Suzy will be planned for the spring in Cleveland, OH.Read More

Dearest Libby and Laurel -
Sending thoughts and prayers of healing. I have the fondest memories of working with Byron at Evelyn Wood . He was a very active person and lived life fully . He was the only Man at my baby shower and attended my wedding . He sure loves his girls and adored Suzy . Very good times I will always cherish .

I would like to express my sincerest condolences for your loss. May the God of all comfort give you his peace at this very difficult time. Php 4:6,7

With deepest sympathy, may you find comfort from God's word at John 6:40

My condolence to his loving family. And may our heavenly father bring great comfort and peace. Mathews 5:4

Extending My Deepest Sympathy And Heartfelt Condolences. May God give you courage, strength, comfort, and peace. Psalm 31:3,24.

My condolences for your loss. May the God of all comfort sustain you now and in the days ahead. May God also grant you a measure of peace.

May God give your family comfort during your time of sorrow.

Never miss an update about Byron. Sign up today.