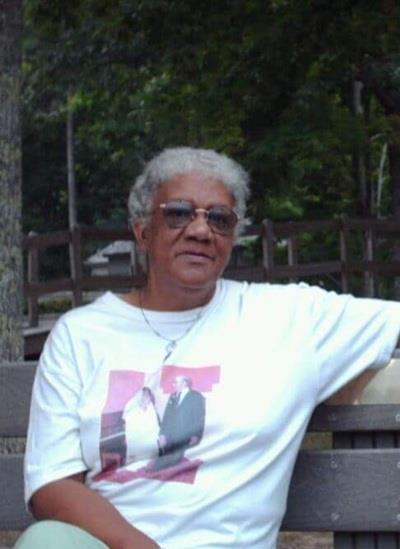 Carolyn Lynda Marie Scott Ross went home to be with the Lord on September 2nd, 2020 at Lewis Gale Medical Center.

Carolyn was born in Covington, VA on August 31, 1944 to Herman Elijah and Mamie Scott. She was preceded in death by her parents, Herman and Mamie Scott and a brother Joe L. Scott and sisters, Annie Mae Morgan, Dorothy Holloway, Lucille Jones, Betty Martin, and her husband of over 45 years, Marvin Ross Sr.

Carolyn was the co-owner of Ross Fencing Company for many years with her husband Marvin until his passing in 2011.  Carolyn worked at Sears, Montgomery Ward, and Dollar General.

Carolyn was member of Pine Street Baptist Church for 76 years, where she was a member of many organizations. She loved working in the church, on most Saturdays she was there setting up for a dinner or preparing for communion on the first Sunday. She was also a dedicated Deaconess and a member of the Willing Workers, Loyal Daughters, and Hospitality.

Carolyn graduated from Watson High School and was proud to say she was a Watson Hornet. She was always ready to work when it was time for their reunions.

Carolyn had many nieces and nephews that loved her as much as she loved them, and her “Girls” as she affectionately called them, was her group of friends that always checked in on “Ross”.

We have been so touched to know that our mom encouraged so many people. While Carolyn was in the nursing home, she was known as a social butterfly because she was always giving advice and trying to take care of everyone else.

I was saddened to hear about Carolyn's passing. I will cherish our young years together (especially the teen ones, we had great fun). Your family will be in my heart and in my prayers. Frances Spencer Pearson

My Ross Family, my Memories go back to Rose Lane, that's all the way back! Carolyn was expecting 'the twins', as everyone came to call Holly and Audra, my first visit to your home as a young bride. Over the years, there were many visits to my house in Roanoke, many chance meetings at Mr. Pick and Ms. Tina's or Ernest's shop or Greg's. In the early years, Greg and Poppa stayed in trouble with Carolyn!
My point is we have our memories, Carolyn continued with her love, faith and...

May God bless you and your family in this time of sorrow. Rest in peace, Mrs. Carolyn.

Dear Family:
You must know how deeply saddened I am over your loss. Carolyn was like a Friend/Sister to me. I will miss her very much.

I came to trust her judgment and wisdom and her advice was always so well thought out and helpful. She was a great gal and I know our lives will never be the same without her. I could never find a better and more caring friend.

She has left us with so many wonderful memories. I will cherish them forever. Please extend my sympathy...