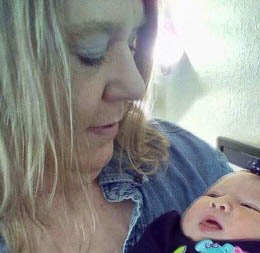 Not the right person? See All ›
LOCATION
Traer, Iowa

Cathleen "Cathy" Jacobs was born May 1, 1951 in Waterloo, the daughter of Jack and Arlene (Stegman) Beckman. She graduated from Waterloo West High School in 1969. She married Steve Kessell in 1970, they later divorced. Cathy then married Jim Wilson, he preceded her in death. She was a teacher's aide for many years with Waterloo Community Schools, and worked at Kmart for over 20 years. Cathy owned and operated The Wind Up Lounge in Traer for the last 20 years. She was united in marriage to Daron Jacobs in 2008, and they had a happy 12 years together. Cathy enjoyed playing pool, singing karaoke, but most of all, she loved spending time with her family.

Memorials may be directed to the family.

Overton Funeral Home, Traer, is assisting the family. Condolences may be left at https:/overtonfuneralhomes.com/

Sorry for your loss Cody. Prayers to you and your family.

Never miss an update about Cathleen. Sign up today.