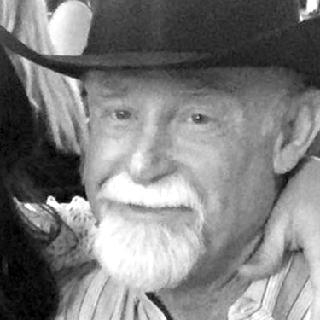 Charles is survived by his wife Janet Forbes, and their children Cristine Gamez and her husband Bert, Charles Forbes V. and his wife Katie. Gran Gran will be missed by his grandchildren Brent, Brooke, Rilyn, Drayson, Blake, Charles VI, Cody, and Carsen.

Known to all as Charlie, he was an ordinary hardworking cowboy with an extraordinary life. Charlie was a fair man and never hesitated to help or give anything to anyone. He took pride in everything he did and loved all of his employees like family. Charlie was a gambling man that always said what was on his mind, and never looked down a fight. He was never one to take no for an answer. While he was hell on wheels, and always up for some trouble, his favorite place was always at home, in a 90 degree pool with his family, in the middle of summer.

I will always miss Charlie. We grew up very devoted to one another. After High School we went college together and had a blast. So young aND happy. rip honey love Cindy Garza Bernal

Please accept my heartfelt condolences. I'm so sorry for your loss. May the God of all comfort be with you during this difficult time.

Like to share a memory Charlie calls me, what you doing art ? I'm working ,when do you go home ,tomorrow ok I'll wait for you guys , we were in Vera Cruz and he did he flew us home in his personal plane, what boss does that stay another day to wait for me and my crew, only the best . He took good care of his employees in so many ways from flying employees, to Dr appointments to so many other thing, Sadly missed Mr

Our condolences to the family, Charlie was the best of the best, he always took care of his employees, I have not one bad thing to say about him , the heavens have opened for a good man you will not be forgotten and extremely missed ❤

Our Deepest Condolences to the Forbes Family, I am so sorry for your loss
May the Perpetual light shine upon you and you now Rest In Peace.

We are so sorry for your family loss. Our Deepest Condolences to the Forbes Family. Words cannot express how grateful I am for CC Forbes. Thank you so much for being a blessing. Mr. CC Forbes, May the Perpetual light shine upon you and you now Rest In Peace Sincerely,Michael Reyes and Family Three Rivers, Texas

Our heartfelt condolences to the family. May the Good Lord bless you all with the strength to overcome your loss. R.I.P. Charlie