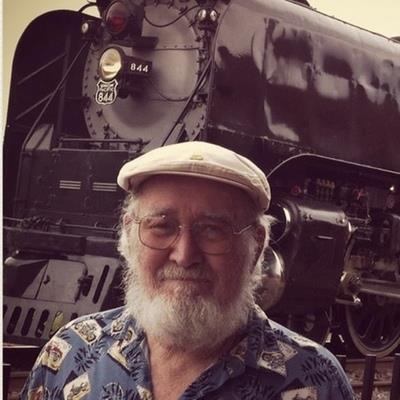 Charles Brady Harden, 83, of Tyler, TX, passed away peacefully Tuesday, March 31st at his home with his wife and daughter by his side.Chuck was born July 9, 1937 in Kaufman TX and was adopted by Benjamin and Minnie Harden.While stationed with the US Air Force in Chandler Arizona, Chucks fascination with the Superstition Mountains began.  After several failed treasure hunts, Chuck returned to Texas empty handed.Chuck always had a passion for motorcycles, and in 1969, him and some buddies founded the Cossacks Motorcycle Club, a brotherhood that is still active today.Chuck married Connie Worthey in 1959 and together they had “The ‘Onnie Bunch”, 1 daughter and 4 sons.  The marriage later ended in divorce.Chuck worked for Transit Mix Concrete as a driver and eventual plant manager for several years.After a chance meeting in line at K-Mart, Chuck married his “Blue Light Special” Patricia Ann Haywood in 1976.  After the birth of their daughter Shannon, Chuck went to work as a deputy for the Smith County Sheriff Office.  After years of working in the jail, he retired in 1998 and spent the following years enjoying the life that he and his wife had built.Chuck is preceded in life by his parents, Benjamin and Minnie Harden, son Lonnie Harden and daughter Bonnie Harden.He is survived by his loving wife of 45 years Patricia Harden, daughter Shannon Martinez and granddaughters Carmen and Angelica; son Johnny Harden and spouse Brian; son Donnie Harden and spouse Misty and grandchildren Branton and Amara; son Ronnie Harden and spouse Laura and grandsons Noah and Benjamin; and son-in-law David Sowders.Visitation is scheduled for Saturday April 3rd, 2-4:00 pm at Jackson’s Burt-Walker-Tippit Funeral Home in Tyler, Texas.  Any additional services will be announced at a later time.

In lieu of donations, please just crack open a beer and Cheers to Chuck.