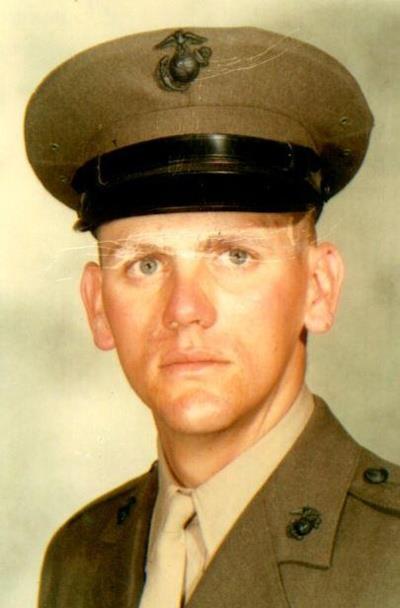 Visitation 4-8 p.m. Friday and 10 a.m. Saturday until the time of the service at the funeral home.

Charles was born in Philadelphia, Pennsylvania on November 10, 1948, the son of the late James and Eleanor (Holt) Holden.

He resided in Genesee County, Michigan most of his life.

He married his bride of 37 years, Barbara White.

Charles was a Corporal in the U.S. Marine Corps and was also a Vietnam Veteran.

He became disabled as a result of Agent Orange.

Charles was an advocate for Veterans and offered support to many who who served. Was a member of the Marine Corps League and VFW.

He leaves to cherish his memory, wife, Barbara Holden;

many nieces, nephews, great-nieces and nephews.

He was preceded in death by his parents; brother, John Holden; mother and father-in-law, Herbert and Loretta White; brothers-in-law, Tim Saylor and Mark White; sisters-in-law, Angie Holden and Sharon White.

In lieu of flowers, donations may be made to Toys for Tot of Genesee County.

RiP Chuck Thank you for your service , to which in the end you gave all !

Chuck, what a time we've had. Too many memories and laughs to remember. Your going to be missed forever.

You will be forever missed Uncle Chuck.