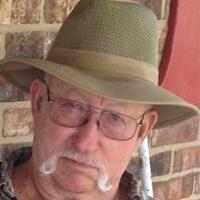 The Man, The Myth, The Legend- Charles Wayne (Charlie) Svoboda was born on September 17, 1936 to Charles (Pop) and Lillie (Other Mama) Svoboda in Baytown, Texas and took his last breath on October 22, 2020.

Charles would tell you family was more important than anything and he meant it.  He spent his entire life working hard to take care of his family and ensure they had all the things he believed a father should provide.  He was fiercely loyal and protective.  He raised his children and grandchildren to have integrity, character, strength and respect.  He brought lots of laughter to family gatherings and will always be remembered for his quick wit, honest conversations, discipline and above all the love he felt for his family.

In the eyes of many people, Charles was tough and strong, the real John Wayne.  It is an honor to be remembered for the strength and character that the world saw, but it is the tenderness of heart, often unseen, that makes a great man. The arms that comforted a broken-hearted daughter, the gentle hands that taught all the kids and grandkids to tie their shoelaces and the countless hours spent reading books and sharing ice cream,  this is the character of a husband, a father and Pawpaw that has truly earned utmost respect and unconditional love.

Charles worked as a young man on tugboats and barges in Galveston Bay and was a certified Seaman.  He was very proud of his time on the water and always had a love and fascination with ships and all things related.  After attending trade school, he changed professions and went to work for Brown and Root at many different refineries in the Houston area.  In the late 70’s he began working overseas and eventually took his family to Isfahan, Iran in 1978 as a Boilermaker Superintendent.  Upon his return to the states, the family moved to Longview and eventually settled in Arp, Texas.  Charles worked in paper mills and refineries all the across the United States for BE&K Engineering until his retirement in 2001.   He earned success in his career through heavy lifting and on little sleep, he always persevered. He was a man of great pride and a man of his word on the job. He was a man of unshakable conviction. He expected the same from all who worked for him and had little patience for those who didn’t give 100%.

Charlie spent the rest of his life doing whatever he wanted and liked until he couldn’t anymore. Because he loved his country, he was a lifetime member of the NRA.  He loved target shooting with family and friends. He stayed in touch with the people he cared about and talked to them on the phone as often as he could. He grew fruit trees and a garden. He built custom knives, painted pictures and built and rebuilt many projects. He read thousands of books.  He taught himself Spanish and Guajarati.  He loved to share stories and you could be sure 90% of every story was true. He told stories of a life of hard work made easier by clever thinking and rugged toughness.  He saw a lot in his lifetime and taught so many valuable lessons to those of us blessed to hear the deep rumble of his voice as he spun his tales over the years.

Charles was a hero to many. He was a true man's man. He was the type of man no one wanted to tangle with. He was a hardworking man who devoted his life to providing for his wife and children.  He was a tough man, a man of strong opinions and convictions, yet also a loving husband, father, grandfather and friend. Today his proud legacy lives on; in the family he loved most of all.

A private memorial service will be held on November 7th at Burks, Walker, Tippit Funeral Home in Tyler, Texas.  In lieu of flowers, Charles requested you vote for Trump and donate to the NRA.

I knew him for 20 short years. He was a hell of a man, and you had to know how to take him. But once you broke that hardness, you then knew he was a bear with just a growl. He had a soft side, but spoke his word! Something that I always respected of him. He was a character for sure. But stood for his family! He would always come and find me in the clinic when he had a appointment and check on me, I was the the nurse to take care of him... I remember he asked me my initials one time... not...