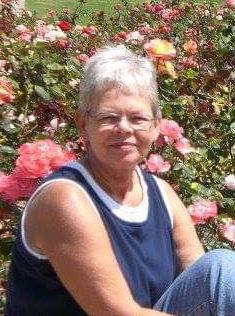 Not the right person? See All ›
LOCATION
Canton, MO

She was born March 23, 1946, in Keokuk, Iowa, a daughter of William Edward and Marie Lovell. She married Alfred Lee DeLozier on March 11, 1966, and he died Nov. 24, 1986. She later married Patrick Gene Flanagan on April 5, 1991, and he died Nov. 20, 2012. Charlotte loved to shop and travel especially with family and friends. Last year she enjoyed a trip to Niagara Falls with her son and daughter in law and before that a trip to Hawaii. Several years ago she and her friends took the Route 66 vacation, ending up in Arizona. Charlotte also enjoyed cooking and baking for her family. To know Charlotte, you would have to appreciate the love she shared with her four legged furry pet children, "Boogie" and "Chloe", her dogs. Charlotte was a retired employee of Coil Manufacturing in Canton with over 25 years of service with the company. She is survived by her son her son Jeff (Karena) DeLozier of Kettering, Ohio; step son Rick (Chris) DeLozier of Macon, Mo.; step daughter Kelly Flanagan of Florida, step sons, Sean Flanagan of Imperial, MO and Chris (Julie) Flanagan of Canton, Mo.; grandchildren, Candace Schaller of Louisville, Ky., Damien DeLozier of Smithville, Mo., and Chelsea DeLozier of Macon, Mo. Also step grandchildren, Dana, Kennedy, Abigail and Ian Flanagan and Emily French. She was preceded in death by her husbands, her mother, father and stepfather, a stepdaughter Debi Hurter, brother Pat Farrell and stepbrother William Lovell. Memorial services will be held Saturday, Dec. 7, 2019 at 11 a.m. at the Davis Funeral Home in Canton with Pastor Mandy Gosik officiating. Visitation will be held Saturday morning, Dec. 7, 2019, from 10 a.m. until time of services in the Davis Funeral Home. The family suggests memorials be made to the Quincy Humane Society or to St. John's Hospital in Springfield, IL. Online condolences may be left at www.davis-fh.com

Never miss an update about Charlotte. Sign up today.