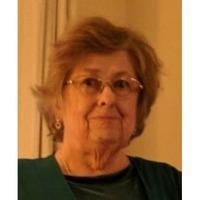 She grew up and was educated in Salem, NH the daughter of the late Dorothy (Foster) and Herbert Craddock. In her younger years, Cheryl was very active in the North Salem United Methodist Church. She worked in the Archive Library of the Lawrence Eagle Tribune from 1969 to 1986, then at the Lawrence Public Library from 1986 to 1989 and she then moved to the Derry Public Library as a reference librarian and became the Director of the Derry Public Library in 2001 until her retirement in 2013.  She was also very active in the Derry community, serving on the Board of the Derry Historical Society and for the Robert Frost Farm.

Cheryl loved to entertain family and friends for the holidays. She was a very good cook and she enjoyed gardening and traveling.

She will be sadly missed by her beloved husband of 49 years, William Lynch of Derry, NH. She was predeceased by her brother, Wayne Craddock.

To send a message of condolence to the family, please view the obituary at www.douglasandjohnson.com

Dear Bill.
So sorry to hear of Cheryl's passing. You were still in college when we met. Time has passed by much
too quickly. Please be well and take care of yourself

We will always remember Chez as a loving and giving person who had a zest for life as well as a knack for celebrating holidays in style. Her sense of humor and bubbly enthusiasm was always present wherever she was and will be sorely missed. How blessed we were to have had you as part of our family for over the past 50 years. We will miss you forever our most dearest and cherished friend.
May you rest in peace among the angels .
Mark and Janice

Bill we are so sorry for your loss. Cheryl was a wonderful person and a great cook. She loved to shop as you know. Cheryl will be missed but not forgotten. Celebrate Cheryl life and she will live on in your heart with all your memories and stories. Love and prayers. ❤

I am truly sorry to hear about Cheryl’s passing. I thoroughly enjoyed working with her when she was the Director of DPL. We had many wonderful conversations, lots of laughs, and started many collaborative programs and projects together. She was always so supportive and upbeat. My deepest sympathies to her family and friends. She will be sincerely missed.

Cheryl was jovial, energetic and pleasant to be with. The Friends of the Derry Libraries enjoyed her competent, enthusiastic spirit. It was always a treat to see her and work with her. Our sympathies to her family and friends for this loss.

Never miss an update about Cheryl. Sign up today.