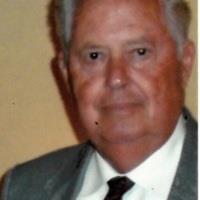 C. G. was born on 9 March 1932, in Blounts Creek, NC. to the late Johnnie Thomas Boyd and Hazel Cayton Boyd. C. G. graduated from Aurora HS. He later graduated from East Carolina University with a BA in Accounting.  He was a member of Pi Omega Phi Honor Fraternity.  He was an Army Veteran and served during the Korean War.  His Military Decorations include the National Defense Service Medal and Good Conduct Medal.

C. G. and Peggy relocated to Greensboro, NC in 1957 where he began his career with the NC Dept of Revenue. His duties required him to meet face to face with business owners throughout North Carolina and he often recalled his pleasure at having assisted so many people that were confused with the complicated laws of taxation. In 1962 C. G. took up the challenge of accepting employment with the U.S. Treasury Department, Internal Revenue Service.  This new job introduced him to many lifelong friends that shared his passion for fairness and sense of duty. He retired in 1990, was re-hired 2 months later and continued working with the IRS until 1996.

C. G. was surrounded by Family as a child but most of his stories focused on his Aunt Mary and the life’s lessons of Family importance and thrift that he learned from her. Integrity and responsibility were the basis for individual accomplishment a theme that endured in him until his time with us ended.

Agriculture was a big part of his early Family life and he had tremendous respect for the Farmers that put food on our tables including his Father and Uncle.

C. G. saw value in everybody. He endowed in us a sense of confidence to accomplish more than we thought we were capable of and sometimes we failed – at first. Quick to motivate us, he encouraged us to face our challenge a second time and frequently we succeeded.  He wasn’t much for watching sports, but he had the natural skills and personality of a gifted coach.

Music was a lifelong joy for C. G. Self-taught to play the guitar, banjo, fiddle, mandolin, harmonica and piano, he could fill hours alone, in concert playing along on the internet or his favorite, picking with friends and Family.  Old time Church hymns, Country and Western and Bluegrass were all equally his favorites for listening or playing.

Genealogy held a special place in his heart.  Remembering those who had passed before him, honoring their work ethic and achievements, gave him a sense of pride.  He quoted from memory Family trees, land holdings and simple heirlooms that dated back more than 4 generations.  His memory made him the go to person in our Family for identifying faces in old photographs.  His recall was quick and exact.

C. G. was an avid student of U.S. History. Not just the events and dates, but the reasons why historical events were significant and how they inter-related. He could see the historical record and how it interwove with current events.  He was well read, and his awareness of today’s world was a constant topic of conversations that he shared daily with his friends.

He enjoyed volunteering with his Homeowners Association.  His attention to detail and clarity provided guidance to the community in his attempt to provide a better quality of life for all his neighbors.

A memorial service will be planned in the future.

In lieu of flowers, the family kindly asks that memorial contributions be made to Shriner’s Hospital for Children, 957 West Faris Road, Donor Relations Dept., Greenville, SC 29605.  Please notate on memo: In Memory of C.G. Boyd.

Always so willing to help others especially in his years in the IRS Review Staff. Great fellow to work with. IRS lost a great tax mind when he retired. Prayers are with his family.

I'm so sorry to see this. My prayers are with you all. Your in my thoughts Ms Peggy

We will miss our dear friend C. G. We have such fond memories of talking on the porch with C. G. ,Peggy, and other friends. C.G. was invaluable in building the Isle Vue community to what it is today. He was so smart, and he was so patient in explaining things to others. Prayers are with the family.

C. G. was always such a special friend and neighbor to everyone. My family always noted that he was so very intelligent, yet so well grounded. He was always caring and kind in his words and actions. He was supportive and wise in all that he did. We will always treasure his memory. His love of family, community, faith, and friends is an inspiration.

My thoughts and prayers are with you during this difficult time. God gives us strength to get through it.

I loved him like a brother. A brilliant mind and a faithful friend was he. RIP buddy.

Peggy...I cannot tell you how sorry I am about your loss of C G. My heart is broken for you. I pray God gives you the strength and comfort you need during this most difficult time.
Please know you are in my most heartfelt thoughts and prayers!!

Dear Family - Praying for your healing, comfort and strength during this difficult time. I hope you feel the love that surrounds you, now and always.

Never miss an update about Chestine "C.G.". Sign up today.