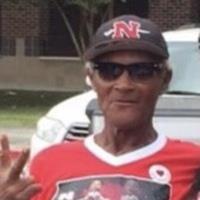 Not the right person? See All ›
DIED
May 1, 2021
LOCATION
Baton Rouge, Louisiana

On Saturday Morning May 1, 2021 there was a voice from heaven calling the name of our beloved. A premium rose from our family garden was plucked. God dispatched his beloved angels to seal the lips of our beloved, Christopher “Nick” Major. Just like “Tip Toe” as he was affectionately called, he tipped toed with none of us expecting, leaving this world behind, not making one sound.

Christopher was born December 25, 1950 to the union of Joseph Major and Murtle Scott Major in White Castle, La. He was educated in the Iberville School system and worked for Coral Texas Sugar Mill as an Agricultural Specialist.

Nickle, another name he was called through the town of White Castle where he was loved and respected, enjoyed doing his daily routine, you would see him throughout the town riding his bike and hanging at the meet up spot, Poppingo. He enjoyed hanging with family and spending time with his grandchildren.