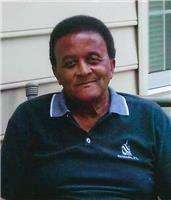 Not the right person? See All ›
LOCATION
Petersburg, Virginia

Mr. Clarence Edward Beasley, Sr., 90 of Dinwiddie, Virginia, passed away on Saturday, July 18th at his residence. He was a native of Dinwiddie County, Virginia and was the son of the late Joesph and Marie Beasley.

He was a member of Gravel Run Baptist Church. He attended the Popular Springs Elementary School System. He retired from Richard Bland College after thirty-five years of service as supervisor of Buildings and Grounds. He also worked at New Beginning Inc. Group Home as their physical plant supervisor for seven years. One of his favorite past times was playing cards and fishing.

When his health began to fail over the last two years, he let everyone know his nickname was "Mr. Handsome." Mr. Handsome was preceded in death by his parents, Mr. and Mrs. Joesph Beasley and two brothers, Leroy and Richard Beasley.

The Beasley Family would like to give special thanks to his caregiver, Ms. Chnequia Parker and the Crater Community Hospice Family, his aide Tracy, his nurse Evonne, Chaplin Father T, and last but not least, Pastor Brown and the Gravel Run Church Family.

Clarence's favorite saying before eating any meal... "God, you are good ALL THE TIME!

Arrangements have been entrusted to the professional staff of Bland Funeral Homes, 137 Harrison St., Petersburg, VA, 23805 (804) 732-7841. For more information and condolences:www.blandfuneralhomes.com.

So sorry for your loss, Doris. Clarence took care of us all at RBC. Thinking of you and your family.
LeAnn Binger

Condolences to Doris and family in your time of sadness at the loss of Clarence. He made life easier for everyone at RBC and will be well-remembered by those of us who knew him.

Never miss an update about CLARENCE. Sign up today.