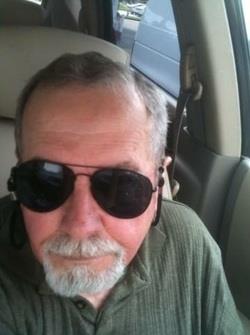 Clayton Daniel (Dan) Smith passed away on July 19, 2018 after a sudden illness. Born on August 30, 1945 in Oberlin, KS, to Clayton and Joan (Dike) Smith, and was raised in Holdrege, NE. He graduated from Holdrege High School in 1963, and served in the U.S. Army from 1965-1967 and later attended classes at the University of Houston.
Known by his Army buddies and affectionately by his wife as Smitty, and Danny to his family in Nebraska, in his professional life Dan enjoyed working in sales--a role in which he won numerous awards. He was dedicated to providing for his family. He especially enjoyed traveling around Houston doing outside sales. Despite being a three time cancer survivor and rehabilitating from a serious spinal injury, he was determined to fight to a full recovery and was active and working until his final days.
We will fondly remember how he loved to choose unique gifts for his loved ones and bring flowers home to his wife to his and mother-in-law, Virginia McDermott, and we will always remember his dry humor and moments of silliness.
He was preceded in death by his father Clayton Wayne Smith, mother Joan Moore and step-father Delbert Moore.
He is survived by his wife Janis Smith, son Steven Smith, grandson Keatyn Smith, daughter Melanie Smith-Bell, son-in-law David Bell, granddaughters Bradleigh and Ryen Bell, brother and sister-in-law Ronald and Pam Smith, nephew Jerry Smith and wife Terry, their five children, nephew Jeff Smith, brother-in-law and wife Brad and Janelle McDermott, sister and brother-in-law Jill and Mike Jones, and niece and nephew Shawn Foster and Tallah Foster.
If you would like to honor him with a donation to a particular cause, the American Cancer Society and the Wounded Warriors Project were of special importance to him.

"Happy are those who mourn, for they will be comforted.

I'm so sorry to hear about Smitty. My thoughts and prayers are with the family.
Dani Bara

You are in our thoughts and prayers

Our prayers are with you during this difficult time. We have many memories of our times with Smitty and you. God bless your family.

Never miss an update about Clayton. Sign up today.