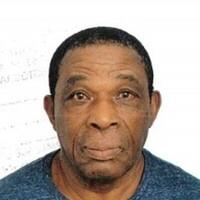 If the above URL isn't working, try copying and pasting it into your web browser.

He attended Spring Mount Infant School and John's Hall All Age School.  Clinton developed a love for painting and was trained in the technical craft of painting.  He honed his craft and became a "Master Painter."  This became his chosen career, one that he loved and was very proud of.

Clinton remained in the Montego Bay Area for most of his adult life, living in Granville, St. James and working at the Half Moon Hotel.  In the mid 1980's he migrated to the United States where he made Florida his home and worked as a Woodwork finisher at Hollywood Woodworks, in Hollywood, FL.  He became an active member and congregant at Maranatha Seventh-day Adventist Church in Miami Gardens.  When Clinton gained his US Citizenship he ensured that his only son, Radcliff migrated to the United States for as he would say, "a betta life."  In reminiscing about his Father, Radcliff recalls being caught by his Father sneaking away from school to go to the beach.  Clinton sent him on his way and like a good son he listened.  This bring to mind Proverbs 22:6, "Train up a child in the way he should go, And when he is old he will not depart from it."  Clinton's family and the well-being of his neighbors and friends was always of importance for him.

Clinton moved to New York & North Carolina to be with his daughter, Nadine (Stacey).  The bond he shared with his daughter was special.  One only had to be around them a minute and you would see the love they had for each other.  He was dedicated to his faith and shared that dedication with his daughter, it was Stacey's duty to get him to church on the Sabbath come sun, rain or snow; and she did this with care and love.  While living in Hartsdale, NY he attended Hartsdale Seventh Day Adventist Church.  Even while residing with his daughter Clinton was still very independent and we all know the worry Stacey would have when Clinton would decide, "Time fi go a mi yard," and he would leave for Jamaica for months at a time.  While living in New York Cointon would venture out for his walks and would return with bags and stories.

Clinton, my dear friend, you will be forever missed. Always in our hearts, with love from your forever family.

Bro. Clinton Clarke was a quiet, kind, humble man. I enjoyed the fellowship we shared at the Hartsdale Seventh-day Adventist Church and we miss him. Condolences to the Clarke's family on behalf of the Hartsdale Church Family. May the Lord be with each of you to comfort and sustain you. We will continue to pray for you.

Clinton has been the best example of a big brother ever. I loved you in life and will continue to cherish the memories we shared and love them as long as I live. The world has lost an angel.

Very sad to hear of Mr Clinton’s passing. He was pleasant, kind, caring and God fearing person. You will be missed. May your soul Rest In Peace. Our condolences to Stacey, Ratcliffe and family. May God you the strength to get through this difficult time. Our thoughts and prayers are with you❤

Never miss an update about Clinton. Sign up today.