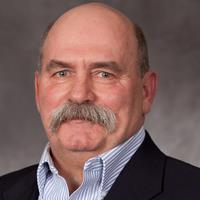 Craig was called to his eternal rest on Thursday afternoon, June 25, 2020 at Franklin Rehabilitation and Healthcare Center  in Franklin, Minnesota . Visitation will be from 4-6 p.m. Wednesday, July 1, 2020 at the Kramer Family Funeral Home in Sherburn, Minnesota.  The staff at Kramer Family Funeral Home extends their appreciation to the Cain family for their trust.  Messages of Sympathy may be sent to the family online at www.kramerfuneralhome.com

Due to Covid-19 restrictions, we will be limiting the number of guests for the visitation in the funeral home at any given time.  We also encourage the public to practice social distancing guidelines throughout the visitation.

Craig Steven Cain was born on May 6, 1951 to Dewert and Marlene (Wilhelm) Cain in Jackson, Minnesota.  He received his education in Sherburn Schools later graduating with the class of 1969.  He then attended Mankato State College graduating with a PE and Health teaching degree.  Craig lived in St. James and was employed at UPS. On July 24, 1971 he was united in marriage to Cathy Hanson in Sherburn, Minnesota. They later moved to Sherburn to raise their family. Craig was employed as a Dispatcher for D & J Trucking in Sherburn.  Craig served in the Minnesota National Guard based out of Jackson.  Craig was employed as an Insurance Agent in Sherburn for MSI Insurance and later Managed the Insurance Agency at the  Farmers State Bank of  Sherburn and Bank Midwest where he was  employed for  thirty-eight years until his retirement in 2016.  He greatly enjoyed spending time with his family, going to their sporting events, especially wrestling.  You could find him grilling or watching cooking shows, Andy Giffith, or westerns on the television.

Craig was preceded in death by his parents, Dewert and Marlene Cain; sisters, Susie and Janie Cain and other relatives.

In lieu of flowers, family would prefer memorials as they will be donating all memorials to

Cathy,
I am so sorry to hear of your loss. My thoughts are with you and family. You are truly blessed to have a good family support.
Diane

Kathy, Dave & Deb- I was so sorry to hear of Craig's passing. May the Lord comfort you at this difficult time. John's and my prayers are with you. I have many memories of our childhoods together.

Sorry to hear of Craig's passing. He was a friend and I shall miss him. God bless...

Our deepest sympathies to Craig's family. We were deeply saddened by the news of his passing. Find strength in God, family and friends. God bless you all. Ted and Betty Sauers

We shared our youthful days together as friends; wrestling together and growing into manhood from our shared experiences. Your memory will be preserved in my mind until my time under the sun completes its course as well. Good bye old friend. Godspeed.

Cathy and family, So sorry for your loss. May God comfort you through these difficult times.

Hugs and prayers are with as you say good bye to Craig.. husband, dad, grandpa, brother. Keep the great memories alive and talk about him often.

Cathy, Michele, Lisa, Ryan and family. You have our deepest sympathy. May all the memories you have help ease the pain of your loss. Prayers are with all of you.

Dear Kathy and family, I am so very sorry for loss. Sending prayers and love to all.

Never miss an update about Craig. Sign up today.