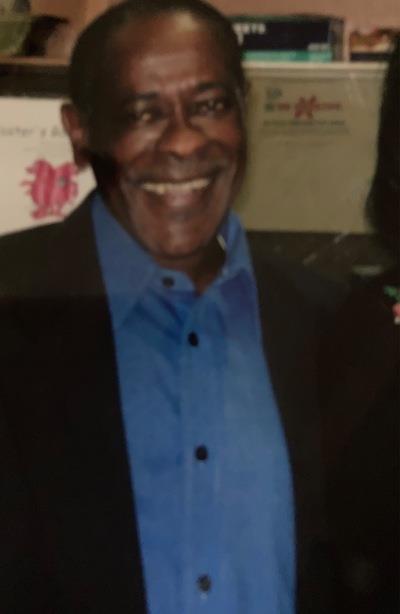 It is with deep regret and profound sorrow that we sadly announce the passing of Dallas Strong, age 79 of Kingstree, South Carolina who died Friday evening, September 3, 2021 at the McLeod Regional Medical Center in Florence, South Carolina.

Funeral service for Dallas Strong is scheduled for 11:00 AM, Friday, September 10, 2021 at the Wilson Chapel First Missionary Baptist Church Cemetery, 1360 I. M. Graham Road, Kingstree, South Carolina where the pastor, Reverend Christopher Dozier will deliver Words of Comfort and the Interment will follow.

To everything there is a season and a time to every purpose under the heaven.  Ecclesiastes 3:1

A Time to Born

God blessed this world with the birth of an awesome man Dallas Strong, was born on Wednesday, December 31, 1941 to the late William Strong and Eliza Cooper Strong in Kingstree, South Carolina.

A Time to be Planted

Dallas was rooted, nurtured, and graciously bloomed in Kingstree, South Carolina where he was a member of St. Michael United Methodist Church in the Cedar Swamp Community of Kingstree. He later became a member of Wilson Chapel First Missionary Baptist Church of Kingstree. He received his formal education in the public schools of Williamsburg County and attended Tomlinson High School. He was employed at Wellman Manufacturing in Johnsonville, South Carolina and later worked at Georgia Pacific of Russellville, South Carolina from where he retired after thirty-one years of service.

A Time to Love

Dallas, affectionately called "Clampper", was a people person. He never met a stranger. If there's something he could do for you, he would do it. He had a big heart and loved to joke and make you laugh. He had a way of expressing himself with laughter to get his point across. He enjoyed mowing lawns, washing cars, walking and dancing with his grandchildren. He loved watching television shows and sport. His favorite football team was the Dallas Cowboys.

A Time to Die

Dallas fought a good fight, ran the race, and won the battle so God knelt down and whispered, "Come Home" into the ears of His beloved son Dallas, who obediently surrendered his soul to be with the heavenly "Host of Angels"  on Friday, September 3, 2021 at the McLeod Regional Medical Center in Florence, South Carolina. He is now united with his parents, grandson, Lawrence K. Foster and his sister, Emma Strong Moore.

A Time to Mourn

I am so sorry to hear the passing of Mr Dallas. He always had a kind word to say where ever you would see him. I know he is in a much better place but know he will be missed.

My thoughts and prayers are with the family of my late Grandfather Dallas Strong. I want to thank him for being the loving and kind hearted man that I have always known him to be. I remember his kind words and warm touch from when I was a child. At family reunions he would always encourage me to do well in school and take care of my mother (Audrey McFadden). It saddens me that I did not get to spend enough time with him during his later years. However, I am grateful that I have memories that...

Mr. Strong was one of the many community father-figures that looked out for us teenagers back in the day. He will be greatly missed. Much love for the family. You are forever in God's Grip!!

We are extremely sorry to learn of Dallas's passing. Our sincere thoughts and prayers are with the family during this time of great loss and grief. We will continue to keep the family in prayer always. We will be there for you now and forever.
Love,
Raymond and Shirley Burroughs

Sending sincere condolences to the Strong Family. May God continue to keep you in His care.

Never miss an update about Dallas. Sign up today.