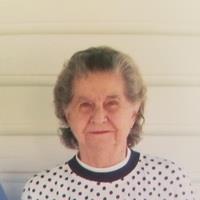 Danese Elizabeth Barton, 89, of Princeton died Monday, January 13, 2020 at Princeton Community Hospital. Born May 28, 1930 in Princeton she was the daughter of the late Robert Dawson Croy and Stella Stafford Croy. In addition to her parents, she was preceded in death by her husband, Thomas Edward Barton; one grandson, David Keith Barton; two sisters, Dorothy Honaker and Gypsy Fuller; three brothers, Robert Croy, Jr., Cornelius E. “Buddy” Croy, and Charles Croy; and one daughter-in-law, Angela Denise Barton. Survivors include three sons, Ronald Barton and wife Carol of Leonardtown, MD, Tommy Barton and wife Teresa of Athens, and Terry Lee Barton of Princeton; two daughters, Charlotte Ann Dempsey and Debbie Parson and boyfriend Steve Pritchett all of Princeton; ten grandchildren; several great grandchildren; two brothers, David B. Croy and wife Patty and William J. “Bill” Croy all of Princeton; and one sister, Betty Cockerham of Baltimore, MD. Funeral services will be conducted at 11:00 AM, Friday, January 17, 2020 at the George W. Seaver Chapel of Seaver Funeral Home in Princeton with Pastor Roger Walker officiating. Burial will follow at Roselawn Memorial Gardens in Princeton. Children and grandchildren will serve as pallbearers. Friends may call at the funeral home from 6:00 PM until 8:00 PM, Thursday, January 16, 2020 (today).

I am sorry for the loss of your Mother, Charlotte. I know she hadn't been well in a while. You and the family are in my thoughts and prayers.

I'm really going to miss you mom. I am glad you are not suffering anymore. Thanks for being the best mom ever! I love you so much! Thanks for all you have done for me!

Never miss an update about Danese . Sign up today.